The offset and digital presses are shutting down today at Ann Arbor, Mich.-based book and journal printer Edwards Brothers Malloy, ending the storied timeline of an independent, family-run business that dates back to its founding in 1893. The company, ranked by Printing Impressions as the fifth largest book manufacturer in the U.S. and Canada, also spawned several other area book manufacturing businesses that trace their roots to employees who worked at then-Edwards Brothers before striking out to establish their own companies.

In a post on its website, the company stated, "It is with heavy hearts we announce that Edwards Brothers Malloy will be closing our doors as of June 15. As you can imagine, this is a difficult time for our employees as we work through the process of shutting down our facilities while finishing projects for our customers with work in-house. We do, however, want to take this moment to thank you for your support and business through the years. Our employees and customers have been the cornerstone of our 125-year history." 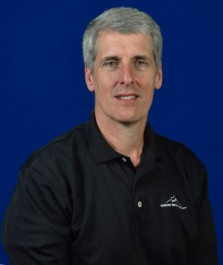 It didn't necessarily have to end that way. In back-and-forth phone calls and emails with its president and CEO, John Edwards, during the past two weeks seeking an explanation on what brought about the seemingly abrupt announcement of the closure, he explained that there were several moving parts to the story. After its financial lender cut Edwards Brothers Malloy's credit line, Edwards indicated he was working hard to sell portions of the company and to help find job placements for as many employees as possible.

He revealed that an agreement in principle had been reached between his company and Brainerd, Minn.-based CJK Group for the CJK Group to acquire Edwards Brothers Malloy's digital footprint (including high-speed inkjet) assets. Reportedly a roughly $16 million business, employing more than 100 workers, it comprised the company's digital book printing operation in Ann Arbor, Mich.; Lillington, N.C.; and operations set up in-house within three customer locations. Edwards said this tentative agreement would have enabled CJK to purchase the assets and maintain the Edwards Brothers Malloy name, if it chose to do so.

But, according to Edwards, the stumbling block to that tuck-in transaction being finalized hinged on Edwards Brothers Malloy's ability to reach and overcome a settlement agreement regarding its legacy pension obligations. Edwards' grandfather had started a pension plan in 1949, which had become significantly underfunded in 2012. So, after Edwards Brothers Malloy reached a final pension obligation settlement for $10 million in 2016, the company was unable to recover from the costs and payments associated with the settlement.

Apparently, the ongoing pension liability, which had to be resolved, scared potential suitors and became a major issue between the bank and CJK to consummate a deal. "The cruel irony [centers around] the pension settlement, and that the pension benefits that my grandfather put in place in 1949 as a benefit to his employees (when Edwards Brothers employed about 50 people) would impact the business and ultimately cost 500 jobs," Edwards told me in a phone conversation earlier this week.

He also said he had been in ongoing discussions with various competitors, encouraging them to reach out directly to current Edwards Brother Malloy employees they are interested in hiring, on the premise that the individuals would join these new employers at the same pay scale and vacation time off rates. He adds that a significant percentage of employees have been able to find print-related jobs in the Ann Arbor area and that many workers in North Carolina were also able to find work because the job market there remains very tight.

Privately held Edwards Brothers Malloy was ranked No. 52 on the 2017 Printing Impressions 400 (click here for the complete PI 400 list), reporting most recent fiscal year sales of $95 million (95% of revenues coming from book manufacturing), a drop of 3% from the $98 million revenue it generated the prior fiscal year. 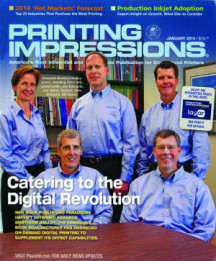 In happier times, Printing Impressions wrote a cover story about the combined company, which resulted from family members of Edwards Brothers and Malloy Inc. joining forces in 2012.

John Conley, the principal at Borderland Advisors, who's had a long career in the book manufacturing space including a tenure at Xerox, wrote an insightful LinkedIn post June 1 following news of the impending Edwards Brothers closure. "Over the past two years the book industry has seen a number of sales, plant consolidations and outright bankruptcies, but this closure is particularly puzzling," Conley wrote.

"Edwards Brothers was at the forefront of taking inventory management solutions to its customer base using digital print. They moved from toner to inkjet and was a leader in enabling distributed print solutions within the confines of their customers' facilities," he noted. Conley also pointed out how the book publishing industry has stabilized during the past few years, and has been enjoying steady growth - especially for mono pages - which was a major portion of Edwards Brothers Malloy's business.

He stressed that other book printers need to ask themselves what are they doing, or not doing, to guarantee their futures. "Book publishers are doing well, digital print continues to grow and book printing is stable. What else is changing within the book value chain that is helping to drive poor results for some and much better results for others? Perhaps more important, what industry changes or shocks are to come, and what are individuals doing to prepare?"

Conley contended that Edwards Brothers Malloy likely won't be the last major book manufacturer to face a major crisis. "There are at least three large book printers by my calculation who are dealing with several of the symptoms which afflicted Edwards Brothers [Malloy]. The question becomes: is there time for them to reposition their individual business models, or is the cancer so deep that they are just marking time? It will be very interesting to see how this plays out and what eventually will become the redefined base of major book printers in the U.S. In any event, it will be comprised of far fewer large printers," Conley predicted.

What Led to Failure of Book Manufacturer Investing Heavily in Digital

Back in 2013, Edwards Brothers Malloy announced the consolidation of its two manufacturing plants in Ann Arbor, located seven miles apart, into one facility in an effort to reduce excess offset manufacturing capacity and to free up resources to invest in digital manufacturing. Its State Street plant offset operation was moved to the company’s other offset facility located on Jackson Road in Ann Arbor, with some equipment at the time also being moved to its facility in Lillington, N.C.

Then, in February, Edwards Brothers Malloy announced that it was closing its Lillington, N.C., offset printing facility and consolidating all of its offset printing operations into its Ann Arbor location by the end of this year, impacting the positions of about 100 employees. The digital printing mailing and warehouse were remaining in Lillington, but were being consolidated into a single, approximately 50,000-sq.-ft. building "This was a very difficult decision,”  Edwards noted at the time of the announcement. “We continue to see shrinking demand for offset printing and double-digit growth in digital printing. We want to increase our digital footprint and be sure we’re well-positioned to take advantage of opportunities and new markets.”

On the news of its February announcement, I wrote how Edwards Brothers Malloy's continued consolidation of lithographic manufacturing illustrates the growing industry shift in book manufacturing from longer-run offset processes to on-demand - and, in some cases, book-of-one - digital (including high-speed production inkjet) book printing and warehousing/distribution models.

The irony of these more efficient, on-demand book printing models - enabled by digital printing - is that it eliminates the need for long offset runs based on best guesstimates, the subsequent warehousing of these books, coupled with high waste driven by subsequent large numbers of book returns. Despite what remains a healthy market demand for printed books versus their electronic counterparts, the on-demand model, ultimately, lowers the overall number of books that need to be printed in the first place, resulting in book manufacturers with excess capacity battling for what business volume remains.

Company Shift from Offset to Digital: Sign of Industry Convergence

The shifting currents in the book manufacturing space is yet another example of industry convergence, fueled by customer demand and technological advancements, which is occurring at a rapid pace within many sectors of the graphic arts industry landscape. This market convergence of printers rewriting their business models and expanding into adjacent markets was also verified in a recent study, "Convergence in the Print Industry: Understanding Growth Opportunities and Competition, recently completed by NAPCO Research in partnership with SGIA. (Access the full report here.)

And this rapid convergence is one of the major premises behind why SGIA and NAPCO Media partnered to establish the PRINTING United Expo, which will be held in Dallas from Oct. 23-25, 2019. The event is designed to offer a new, fully integrated platform for vendors to connect with print providers from all segments of the printing industry seeking new revenue streams - including commercial; in-plant; digital production and wide-format inkjet; packaging; garment; textile; industrial printing and more - all in a single venue. That opportunity to reinvent itself and seek out potential new revenue streams has come too late for the management team at Edwards Brothers Malloy.