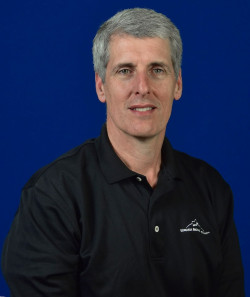 Edwards Brothers Malloy - the fifth largest book and journal manufacturer in the U.S. - announced yesterday that it plans to consolidate all offset printing operations into its Ann Arbor, Mich., location by the end of 2018. As a result, it will be closing its offset printing facility located in Lillington, N.C., which will impact the job positions of approximately 100 workers employed there over the next nine-month period.

“This was a very difficult decision,” said John Edwards, Edwards Brothers Malloy president and CEO, in a prepared statement. “We continue to see shrinking demand for offset printing and double-digit growth in digital printing. We want to increase our digital footprint and be sure we’re well-positioned to take advantage of opportunities and new markets.”

The phased shutdown of the Lillington offset printing facility is planned to begin in April and should be completed by the end of the year, according to the company. Edwards added that the move will lead to “some” job growth in Michigan and that Lillington employees are encouraged to apply for work at its Ann Arbor location.

The company currently occupies three roughly 50,000-sq.-ft. buildings in Lillington; the digital print operations, customer service, prepress, mailing services, and some bindery services will consolidate into an existing facility over the course of the year. "One [building] is an annex that we use primarily as storage; the other two are operations/administration," Cheri Dunn, marketing manager at Edwards Brothers Malloy, told Printing Impressions. "We'll be combining our operations into one (approximately) 50,000-sq.-ft  facility. We built both plants, she added, "one in the '80s and one in the '90s."

The privately held company was ranked No. 52 on the 2017 Printing Impressions 400 (click here for the complete PI 400 list), reporting most recent fiscal year sales of $95 million, a drop of 3% from the $98 million revenue it generated the prior fiscal year. With a reported 11 locations, 95% of its workload comprises books.

Back in 2013, Edwards Brothers Malloy also announced the consolidation of its two manufacturing plants in Ann Arbor, located seven miles apart, into one facility in an effort to reduce excess offset manufacturing capacity and to free up resources to invest in digital manufacturing. The State Street plant offset operation was moved to the company’s other offset facility located on Jackson Road in Ann Arbor, with some equipment at the time also being moved to its facility in Lillington, N.C.

According to its website, the printer claims to have one of the largest Timsons web offset press fleets in the world, outputting one- and two-color books. It also installed a 40˝ Heidelberg Speedmaster sheetfed offset press dedicated to four-color text work in late 2012 at its Ann Arbor location.

Industry Convergence from Analog to Digital

Edwards Brothers Malloy's continued consolidation of lithographic manufacturing illustrates the growing industry shift in book manufacturing from longer-run offset processes to on-demand - and, in some cases, book-of-one - digital (including high-speed production inkjet) book printing and warehousing/distribution models. It's just another example of the convergence, fueled by customer demand and technological advancements, which is occurring at a rapid pace within many sectors of the graphic arts industry landscape.

This rapid convergence is one of the major premises behind why SGIA and NAPCO Media partnered to establish the PRINTING United Expo, which will be held in Dallas from Oct. 23-25, 2019. The event will offer a new platform for vendors to connect with print providers from all segments of the printing industry - including commercial; in-plant; digital production and wide-format inkjet; packaging; garment; textile; industrial printing and more - all in a single venue.

The objective of PRINTING United Expo is to convey all components of an integrated solution to satisfy virtually any client need.