“I’d like to dissuade you of the idea that we’re going to get back to a new normal.” 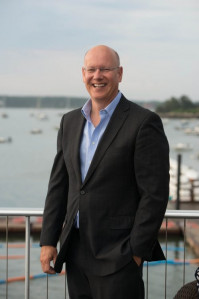 With those blunt words, Marco Boer (I.T. Strategies) convened the Virtual Inkjet Summit on August 17 – an event taking place that way out of an abundance of caution for the COVID-19 pandemic, which also furnished the theme for the opening keynote.

Boer, the event’s conference chair, used an array of statistics to make the point that COVID-19’s impact on the printing industry will be different from anything printers have previously experienced. He said that unlike the aftermath of the Great Recession, the industry will not see a “reset” to status quo ante. Instead, it will have to deal with a “tremendous shift in habits” in the way people do everything, including the way they buy printing.

Production inkjet printing should benefit from the trend, according to Boer, but the downside will be what he called “an incredible drop-off in offset print volumes:” almost 40% by 2024, as demand fades for marketing collateral and other staple products of commercial printing.

Internal and external forces are driving the decline, Boer explained. Internally, printers are looking at labor and overhead issues that increase pressure on profits. Labor in particular has fallen under the shadow of COVID-19 as printers, trying to enforce social distancing and other safety measures, find themselves obliged to operate with “fewer bodies in the plant.”

Declining U.S. birth rates don’t bode well for the future of labor pool, and veteran offset operators, including some fearing infection in the workplace, are retiring in numbers that the industry can’t adequately replace — an exodus that Boer said will hasten the “tipping point” of transition from offset to inkjet.

Outside the plant, buyers are sourcing print in “micro version” quantities that they plan, not according to what the pieces will cost, but by the kinds of return on investment they expect them to deliver. Printers accustomed to operating on a cost-per-thousand basis will find that this model no longer appeals to ROI-centered print buyers, Boer cautioned.

He also predicted significant paper price increases as mills for printing and writing papers continue to close or shift production to other grades. The net result of these negatives, according to Boer, will be an annual 10% decline in offset volume, exclusive of packaging, through 2024. He said he also foresaw an attrition of 30% in the number of print provider sites with that time frame.

Boer estimated that on average, print providers can expect to lose about 18% of their total page volume as these trends play out. Survivors will adapt their business models accordingly, emphasizing value and experimenting with “dynamic pricing” along the lines of the airline industry.

One thing every printer will have to get better at, Boer added, is measuring and controlling costs. He claimed that while most printers have a fairly good aggregate idea of their cost structures, few can pinpoint net profits from individual jobs — a skill that will become critical for selling print on the new business model now emerging.

Boer noted that while the outlook for traditional offset is sobering, prospects for production inkjet are brighter in the applications where the process is enjoying its strongest adoption.

Transactional print is doing well thanks to bill presentment and, unfortunately, the overdue notices that many people are receiving now. But Boer noted that while transactional communication remains substantially print-based, senders of statements “are getting far more aggressive” in their efforts to persuade recipients to go paperless.

He predicted a “roller coaster, W-shape” recovery for direct mail as volumes fluctuate in a pandemic-roiled consumer economy. The good news, according to Boer, is that marketers have “a great awareness” of direct mail’s value in the marketing mix. They’ll expect the channel to be trackable, measurable, and repeatable with the results they want, in consultative selling relationships with their print service providers.

Boer had a number of upbeat things to say about books, which he characterized as “phenomenal for print” right now. People are reading more, and much of the manufacturing of the books they are buying has been re-shored from China to domestic sources. Seeking greater flexibility and freedom, publishers are reallocating some of their production to small- and mid-sized book printing firms.

These businesses will shift to inkjet as they find their legacy offset book printing equipment harder to repair and maintain. They also will standardize on format sizes and paper types to help keep costs under control, Boer said.

As for general commercial printing, the best forecast Boer could give it was a slow, restrained, L-shape recovery because of all the forces working against it on the offset side. Loss of volume in marketing collateral, small-quantity, just-in-time ordering, and other features of the new business model for print buying “will hurt offset very, very badly,” he warned.

He emphasized that as far as print buyers are concerned, the method of printing used does not matter.

Boer believes that this puts production inkjet printing in the catbird seat as the process best suited to meeting the demands the industry is trying to fulfill. Unlike toner, for which he predicted only flat growth, inkjet aligns print quality and variable-data capability with cost-efficient performance in all run length ranges — a winning combination for the kinds of work printers are being called upon to produce now.

“It’s got to be inkjet,” Boer declared. “Production inkjet is a key tool that will enable the transition to new business models and profits.

He closed by reminding printers “to obsessively track everything” when job costing. He also urged them to take a forward-looking view of their businesses, and to strategize accordingly.

“You have no choice but to plan and reinvest,” Boer said.