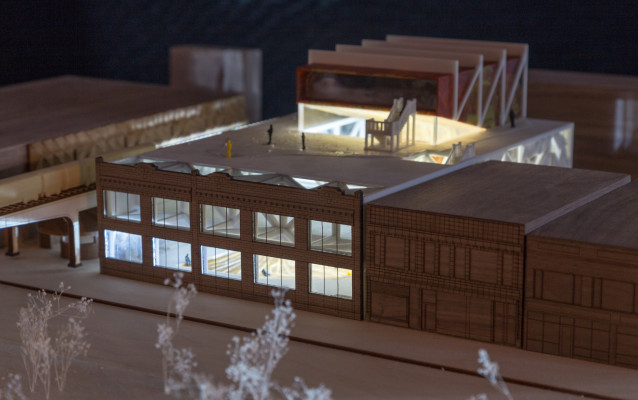 One of the top selling points for 3D is its ability to convey a project's vision.

A full-body scan by NRI Inc. offers multiple applications for the replication of people. 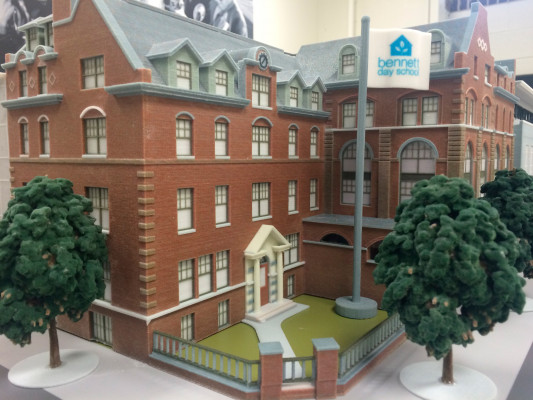 Architecture, engineering and construction (AEC) has proven to be one of the most fertile spaces for 3D prototyping at NRI. 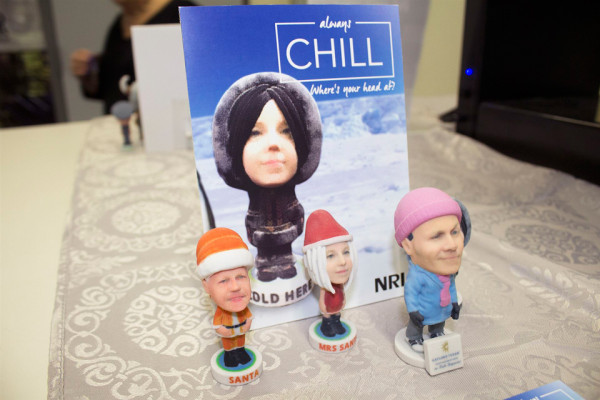 These bobblehead dolls are just one example of NRI's customer creativity. 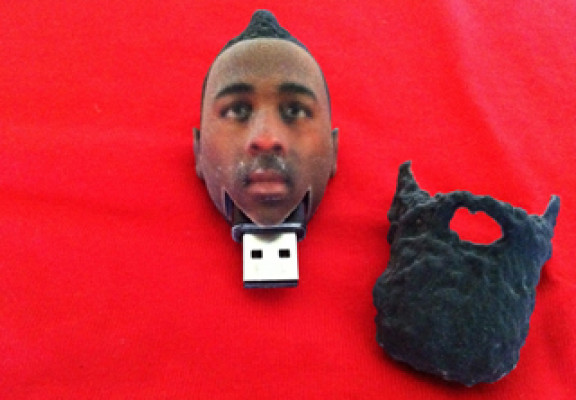 The printing industry has never lacked for excitement when it comes to the topic of 3D printing. Sure, many CEOs would shrug their shoulders on the topic of how to sell it. But most would agree that, weighed on the potential scale, 3D printing applications may only be limited by one’s imagination.

Ironically, a company that initially made its name in the blueprint world may have devised the road map for success in 3D by a mainstream printer.

According to Doug Magid, president of the firm, NRI has offered 3D printing for about a dozen years, with its genesis tracing back to the needs of an architectural customer. But the technology was not viewed as a pot of gold, and it wasn’t until 3D exploded on the mainstream market roughly five years ago that Magid really took a closer look at its potential.

“I don’t think 3D was appreciated by the market, or even our company, as to what the potential could be,” he says. “Now, we have 3D equipment in multiple clients’ offices and service bureaus in New York and Philadelphia.”

NRI specializes in the prototyping market as opposed to the manufacturing space. Industries served include architecture, universities, marketing and advertising, and industrial design. Three technologies from two 3D technology manufacturers are used by NRI. One of the technologies is a powder-printing offering from 3D Systems (models 660 and 860) that provides full-color output inexpensively and quickly.

The other core technology used by NRI is the Stratasys Dimension line that provides extruded plastic, which Magid characterizes as clean and self-contained with easy finishing. This type falls under fused deposition modeling (FDM) additive manufacturing. The other tool in NRI’s belt is Stratasys’ Objet Connex, a high-resolution product capable of printing multiple materials in one print for more advanced work.

Magid points out that it wasn’t until the last six years when 3D printing was finally embraced by the architectural community, and mainstream usage quickly followed suit. “Equipment during that time has gotten better and, more importantly, less expensive,” he notes. “Media and the investment world caught onto the potential about five years ago. That did more for demand than all of our marketing possibly could have done.”

NRI has produced a rich assortment of items that stir the imagination. It did one project for an advertising firm whose well-known athletic footwear customer wanted to bestow participants in the New York City Marathon with scale models of themselves. That was a “massive” project that took several weeks to complete.

Other random jobs include a 3D-printed bouquet of flowers, replicas of wedding guests, toys and assorted tchotchkes. But NRI’s sweet spot remains the AEC space. It recently performed a jaw-dropping prototype for a large engineering concern that was among a consortium of firms bidding for the Tappan Zee Bridge construction project. The eight-foot model for the design of the new bridge was part of the winning bid application.

In this sense, the greatest value of the 3D application is not the piece itself as a functioning part, but as a platform to help sell an idea, Magid notes. That has transformed NRI into a recognized student of the 3D game. “In our core vertical, it’s selling itself largely through word of mouth,” he says, “We also offer free educational seminars and frequently talk on the topic at trade shows and other events.”

Interestingly, despite its AEC proficiency, many of NRI’s biggest orders have come from people who found the printer through Google searches. As a result, what was once a niche offering that produced in the low six figures five years ago has exploded into a seven-figure business today, following several years of 100% growth on an annual basis.

The 'Cool Kids on the Block'

There’s a great deal of cache that comes with being among the 3D cognoscenti. Ginene Alexander, manager of Print & Copy Services at the University of Puget Sound in Tacoma, Wash., freely admits that her shop wanted to be the “cool kids on the block,” and thus made the relatively-modest investment to obtain a MakerBot 3D printer (fifth generation Replicator). Though cool it may be, the machine has yet to make a substantial contribution to the shop’s bottom line.

The university’s in-plant has landed a mixture of 3D jobs from faculty, staff and students. Among the jobs: presentation “touchables,” such as a magnified ice crystal, molecular model, prehistoric sea creature and prosthetic hand. Personal use jobs have included a bracelet, collectible stands and bicycle parts.

In exchange for its use, Print & Copy Services charges a mere $5 per hour, plus a nominal fee for media. Even with a low-cost entry point, it is not destined to be a profit center. Naturally, that can change as the technology becomes more prevalent.

While Print & Copy Services has advertised its 3D capabilities on campus, it has not reached out to the general community. “The costs are so low, anyone can buy one,” Alexander notes. “This is not a money-maker by any means. But it is kind of a necessary step for us to stay current with technology interests.”

Trial and error was the best teaching tool as Alexander and the MakerBot users needed to experiment to see what would and would not print. The tough part, she says, was figuring out what could be successfully tweaked (and how) within the printing parameters, and what would need to be repaired at the file level.

“Learning to use modeling and slicing software also required a significant learning curve,” she says. “We have a specialized staff member, Sarah Johnson, who has devoted all the hours it takes to turn it into a reality. She’s our resident expert on 3D printing.”

Perhaps the George Washington or Alexander Cartwright of the mainstream printer entering the 3D realm is Jim Corliss, the part-owner of Braintree (Mass.) Printing. Corliss was the unofficial/quintessential first man through the wall when his shop acquired a Stratasys Dimension 1200es production-level 3D printer.

Braintree Printing plunked down about $40,000 for the Dimension 1200es, and the machine recouped that initial investment quite some time ago. 3D printing hasn’t taken off perhaps as much as Corliss had hoped, but he didn’t have visions of dollar signs at the time of the installation.

“We attempted to become a service bureau, where someone would send us a file and we would produce the object,” he says. “But that market is being serviced already. … In order to be really involved in the business, you must have several 3D machines, not just one. You need to have machines that can offer various, multiple extrusion materials. And that’s a challenge, because it costs money to get into it at that level.”

One of the limiting aspects of Braintree’s offering is the relatively small build area, which is 10x10x12˝. On larger items, Corliss must complete the project in pieces and then construct them into the full, finished project.

Much of what Corliss does on his Dimension 1200es these days is produce “widgets,” a.k.a. generally unidentifiable parts. “Most of the time, you don’t know what you’re printing or what its utilization is,” he admits. “We did print a windshield scraper prototype that incorporated a revolutionary, new design. One customer did battery packs for medical equipment, a two-piece design that snapped together. They kept designing it over and over, so we provided the various prototypes.”

The problem with growing the segment is fairly straightforward. One of the challenges of offering 3D printing output as a service bureau is the reality that most of the clients are design engineers — and these people are never going to buy printing. The lack of repeatable business, even from the design community, makes it an elusive white whale from a bottom line point of view.

The fact is, 3D is cheap enough to act as a “me, too” offering without much monetary risk. In reality, however, the Doug Magid/NRI success stories of the world are few and far between. The future of 3D printing as a profit center for the mainstream graphic arts industry, despite its potential, has not yet arrived. PI