What's in Your Mailbox?

The USPS just reported their results for 2017, (their fiscal year ends in September).

For the year ended September 30, 2017, Marketing Mail revenue decreased $1.0 billion, or 5.7%, on a volume decline of 3.2%, compared to the prior year. The percentage of decline in revenue was greater than the percentage of decline in volume for 2017 due to the April 10, 2016, expiration of the exigent surcharge, which generated approximately $396 million in incremental Marketing Mail revenue in the first six months of 2016. Revenue and volume were also adversely affected by a reduction in mail advertising campaigns by certain large mailers.

This is in contrast to the year ended September 30, 2016, Marketing Mail wherein volume increased 1.1%, compared to the prior year.

Marketing Mail had experienced relatively stagnant volume between 2009 and 2016, although its share of the total advertising market declined somewhat due to the continued migration toward electronic communication. Marketing Mail has generally proven to be a relatively resilient marketing channel, and its value to U.S. businesses remains strong due to better data and technology integration.

It’s always interesting for me to see what type of direct mail we get each day. We still get a large number of credit card applications, often from companies for which we already have one of their cards. Direct mail pieces that are personalized are somewhat rare. However, recently there were two campaigns that used personalization.

The first was a campaign from a company called Mosquito Shield. And living near wetlands, this is a service of interest to me. The campaign was on a thick 6x9˝ postcard and included my first name and a purl. The postcard contained two offers. By going to the purl I was entered in a drawing for a $5,000 backyard makeover and the second offer was a $50 discount on the service. While the personalization wasn’t very personal it certainly got my attention. 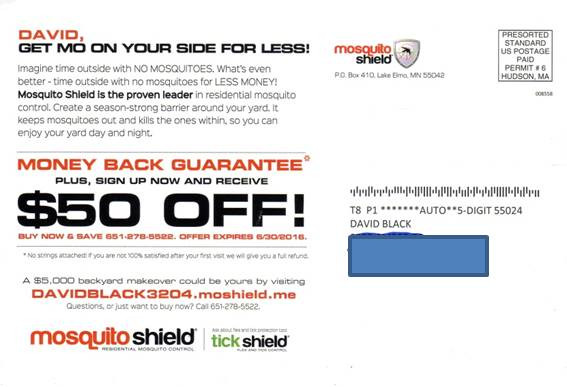 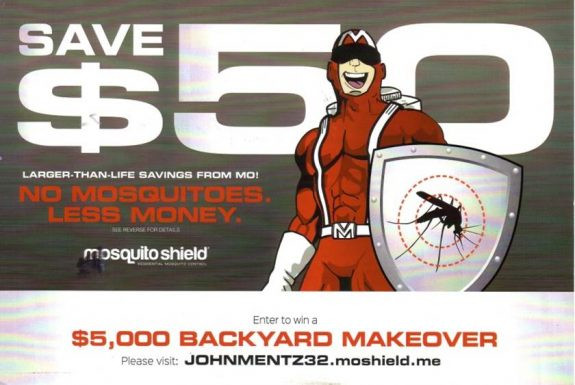 The folks that seem to use the most personalization are the auto dealers in town. They know what type of vehicles my wife and I have and they create campaigns tailored to our vehicles. The one shown below is from Larry Reid’s Arrow Buick GMC and the goal is to get me to come back to the dealership. I haven’t been there for a couple years, with the main reason being we moved. One might think that they would take into account address changes, but they didn’t. But they sent over coupons for service on our vehicle and the personalization was relevant. If we hadn’t moved I would likely take them up on their offers. 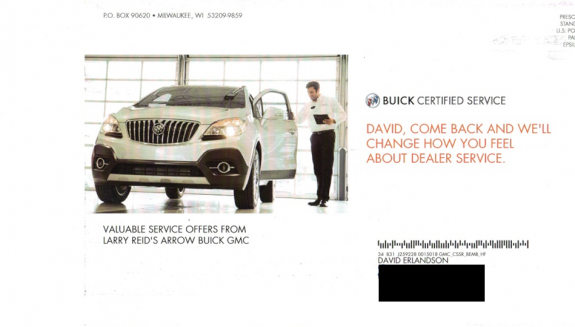 Since we moved we’ve been getting direct mail pieces in the format of a magazine. The one shown below is TheHomeMag, touted as Minnesota - America’s #1 Home Improvement Magazine. Well that’s a stretch. It’s a 24-28 page monthly publication that is full of ads for companies that provide products and services for home owners. There are no articles, it’s just ads. However, despite the misleading title I hang on to the latest version as from time to time I need one of the services offered, whereas with Valpak mailings, which are comprised of buck slip size ads we also get, but I toss them immediately. 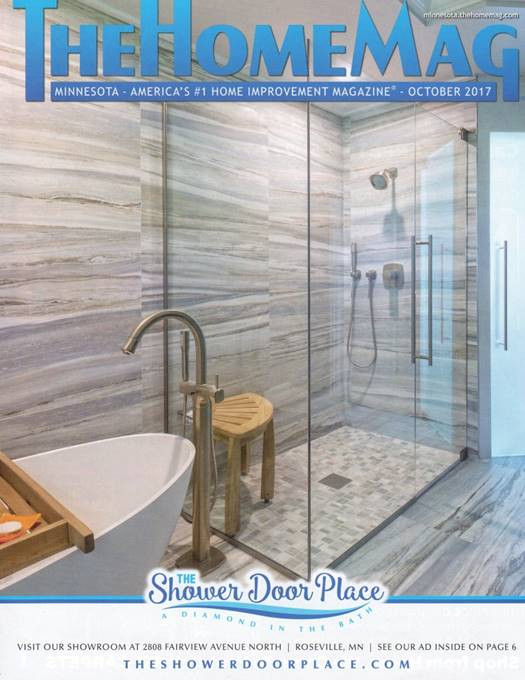 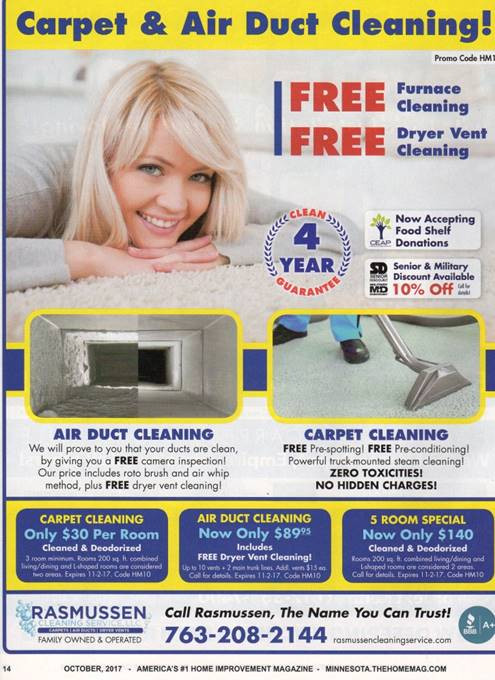 Another similar publication is called the Lakeville Quarterly, which also looks like a magazine, but is composed entirely of ads and coupons for local businesses. This issue was 10 pages. I find this publication valuable as well as it nearly always has coupons for the restaurants we frequent. 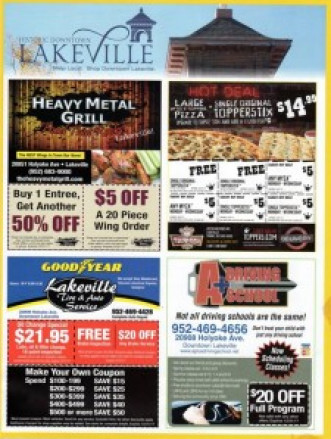 Direct mail pieces in the format of a magazine with ads and coupons related to a certain profile (e.g. home owners or city residents) is an interesting concept that seems to offer value to the recipient and offers a nice steady revenue stream for the marketer.

Should You Partner with a Mail House?
Comments
COVID-19 Resource Channel