The Hunkeler Innovationdays started out as a humble open house event of a Swiss finishing manufacturing company. Indicating a forward-thinking company, the Innovationdays morphed over the years into the most important global event for continuous-feed production document printing – as finishing equipment is naturally best demonstrated in conjunction with a printing system. Visitors love the idea of seeing printing lines from all major vendors sitting side-by-side and feeding the finishing lines for converted products. The 2019 iteration improved again on the number of exhibitors and visitors with about 100 exhibitors and 6,500 visitors expected for the show.

The theme of this year’s event was “success with automation”. There is no doubt that automation is getting increasingly important as a means to reduce labor cost, counter the shortage of skilled staff, avoid production mistakes and speed up the device setup. This is especially critical the shorter the runs become. Hunkeler presented some fine examples of automation, notably a prototype of a sheeter and stacker that is able to automatically change formats from within seconds. Other new launches with focus on automation included a non-stop roll splicer for continuous feed printers, folders, perforators and web inspection modules. 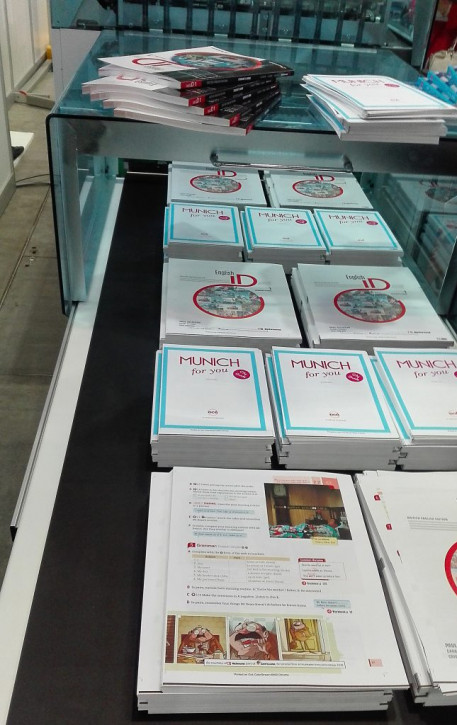 Hunkeler Innovationdays serves as an important springboard for inkjet press vendors as well to launch new products or improvements on existing ones. 2019 had less surprises however than previous shows, probably due to drupa 2020 looming large over the event with vendors holding their most advanced technology demos for that show. Still, visitors should have not been disappointed and the upside is, that all presses shown were ready to ship. Worth a close look were the Ricoh VC70000, announced in June last year. The screen showed the Truepress Jet520 HD+, featuring a new NIR dryer module and new versions of the Truepress Jet520 NX with lower and higher speed options. Canon Océ had the ProStream 1000 in the booth with enhanced print quality and color control. Xerox upped the color quality and control on the Trivor 2400 as well, while HP presented a first in using an automated roll splice for 2-up presses on the HP240 web press. Xeikon and Nipson complemented the printer line-up with toner-based printers for the ones looking for alternatives to inkjet. More details and further press launches will be added in the upcoming InfoTrends/Keypoint Intelligence show report.

The most important takeaway of the event was the maturity level that production continuous feed inkjet printing has reached. Every supplier handed out print samples in commercial print quality, even up to photo book level. Quality should not be a concern anymore. Whether the quality levels can be reached on all paper grades and with sufficient economics needs to be seen, but general quality level should not be a limiting factor anymore to consider inkjet investments. A testimony to this were the 6,500 visitors expected, probably half of them print service providers. These companies did not flock to Lucerne just to enjoy the Swiss mountain panorama (which was worth seeing as well), but with real investment interest. Now will be the time to evaluate business models and populate the spreadsheet calculation sheets and, most crucially, to line up customers and prospects for the devices. We are optimistic on the outlook of inkjet in general and inkjet moving into new application ranges.

As director of the On Demand Printing and Publishing Consulting Service Europe, Ralf Schlözer is responsible for all service related publications and research in Europe. He is responsible for market trend analysis and forecasting, event or client driven research projects and creating presentations, newsletters and analysis reports. Schlözer has over 20 years of experience in the graphic arts and graphic system manufacturing industries. Before joining InfoTrends, he spent five years in the Research and Development and Digital Printing Business groups of Manroland in product planning and system integration for direct imaging presses and xerographic OEM printing systems. Schlözer has extensive knowledge of traditional and direct imaging presses, as well as non-impact printing technologies. He is the author of several conference papers, trade press articles, and presentations. Schlözer graduated as Diplom Ingenieur in Printing Management and Technology in Berlin, and also holds an M.S. Degree in Graphic Arts Systems from the Rochester Institute of Technology (R.I.T.). Contact him at +49 30 4403 4883.