Technology Trends from the InfoBlog
June 23, 2017

HP Inc. held its Power of Print analyst briefing on June 15th at its headquarters in Palo Alto, Calif., to update the printing industry on its strategy and key initiatives. While there was essentially no new news, what was clear is that HP is building momentum as a leaner and more focused company nearly a year after its separation.

HP’s promotional videos and messaging were centered on the highly emotive value of printed photos in the mobile life of the modern consumer. Anneliese Olson, Global Head of Home Printing Solutions, stated “click what you like, print what you love” in recognition of the mobile social world we live in. 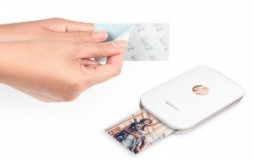 HP highlighted its recently introduced Sprocket personal printer that is based on the Zink thermal photo paper, as well as their line of home printers that come in a variety of colors, are mobile-print enabled, and easily print photos from the big three photo repositories of Instagram, Facebook, and Snapchat.

HP continues to promote its Instant Ink Web-based subscription consumables program citing high Net Promoter Scores, high retention rates, and higher usage levels, though they did not indicate what the connection rate is.

HP is enabling speech-based printing with Google Assistant and, soon, Microsoft Cortana (no mention of Apple’s Siri). Finally, HP told the audience to expect some Augmented Reality announcements in the coming months tied to its acquisition of Aurasma.

HP is laser focused (no pun intended) on driving its Office print business back to growth. The company is raising awareness of office printer security threats (and HP solutions) with its “The Wolf” series of videos. HP believes that security is a compliance issue that is accelerating customer buying decisions and the normal RFP/upgrade cycle.

The company has increased its security advisors by 10X and is offering dealers a $15,000 security care pack (two-day on-site assessment by HP experts) that the dealer can mark-up and sell. HP has a training program for dealers that includes a five-step process for how sales reps can talk with customers about security issues. HP indicated the security pack has been successful with large mid-market customers, and that HP will be announcing a new security offering for small customers at its Global Partner Conference on September 11 to 13 in Chicago.

On the A3 front, Tuan Tran, Global Head, Office Printing Solutions, ticked through the benefits of its PageWide business products (fast, low cost for color, high reliability) and Samsung acquisition with little additional detail other than HP expects to close the deal in second half of the year.

Tran indicated that HP has authorized around 500 independent office equipment dealers for its A3 line around the world. The company is not actively recruiting new dealers in the U.S., and has shifted its efforts to dealer training and sales launches. HP estimates it will likely plateau around 600 dealers worldwide. HP stated its A3 funnel is very big and the company is supply constrained with its direct business exceeding initial forecasts.

HP also highlighted its Smart Device Services initiative that it believes will help transform the economics of the industry. The company is focused on working with existing “ecosystem” players such as BEI Services, Compass Solutions, ECi, EKM, Print Audit, and others to provide data-driven maintenance and supplies replenishment. HP believes the service operations for dealers will shift from reactive today to predictive in the future powered by smart devices that essentially never fail. 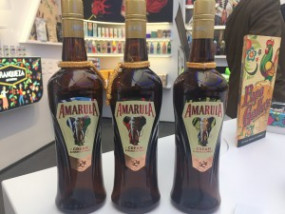 Amurula (South Africa) — a spirits company that created a program for consumers to sponsor.

Tim Weber, General Manager 3D Printers, briefed the analysts on HP’s technology and strategy for the 3D printing business. The company has been building out its distribution channel in North America and Europe over the last six months, and announced earlier in the week that the Jet Fusion 3D printer line is commercially available across the Asia Pacific region beginning in Greater China, Japan, South Korea, Singapore, and Australia. Related announcements included:

Coming off a good second quarter with growth in PCs and printing (both shipments and supplies revenue), HP appears to be building momentum. The company has largely completed major organizational changes and cost cutting, product line refreshes and launches, and channel re-alignment and development. While HP has plenty of items on its to-do list topped by closing the Samsung deal and integrating the operations, the industry should expect a more muscular, agile, and active HP Inc. going forward that is well positioned to take market share and expand in new categories.