Technology Trends from the InfoBlog
February 5, 2016

The 'How Life Unfolds' Campaign

You may have seen the television ad where a boy is throwing paper airplanes over a fence to communicate with his dad, who is away on active duty. Each paper airplane contains a note from the boy to his father. A kindly neighbor on the other side of the fence notices the airplanes, puts them in a box, and sends them to the father. Sometime later, the neighbor receives a box in the mail full of paper airplanes with notes from the dad to his son. The neighbor takes the airplanes and throws them one by one over the fence, where they are discovered by the boy. The story is heartwarming and it’s a Hallmark moment for sure, but this is not a greeting card commercial. What is this ad promoting? The answer might surprise you—it’s paper and packaging. 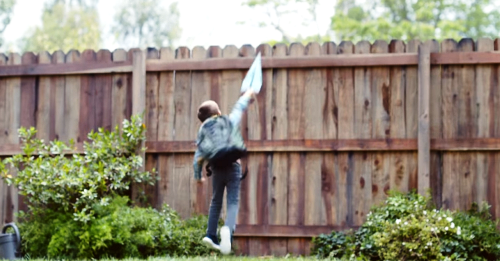 This is one of three television advertisements created by the Paper & Packaging Board as part of a campaign called "Paper & Packaging – How Life Unfolds." This multi-million-dollar promotional campaign began in the middle of 2015 and includes not only television exposure, but also print and online ads. The target audience is "Expressives" (18- to 49-year-olds who have grown up with digital alternatives to paper). "Paper & Packaging – How Life Unfolds" is funded by a government-run "paper checkoff program" that will draw millions of dollars to the campaign over the course of seven years. The supporters are U.S. manufacturers and importers of paper and paper-based packaging whose goals are to slow the decline in paper use and increase the demand for paper-based packaging. If successful, this campaign will make paper and packaging a "visible brand category" and should contribute to broader use of these types of products.

Mary Anne Hansan, executive director of the Paper & Packaging Board (the group created to administer the federal funds collected via the checkoff program), reported on the campaign’s progress at the recent National Paper Trade Association (NPTA) Paper Distribution Conference in Naples, Florida. She showed each of the three television commercials. In addition to the the boy and his paper planes, there is a landlocked girl who dreams of fish in the ocean (and takes a vacation to the beach with her mom) and a grandfather who wants to visit all 30 Major League Baseball parks (and is shown traveling to Los Angeles with his granddaughter to see a game at Dodger Stadium). All of the ads have paper or packaging cleverly intertwined into the story. Just to name a few of the featured products, there are corrugated boxes, children’s drawings, packages, photographs, wrapping paper, tickets, coffee cups, donut boxes, and sports programs. 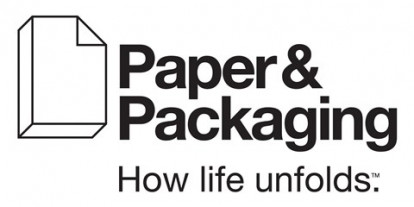 The "Paper & Packaging – How Life Unfolds" print campaign consists of a series of full-page magazine advertisements with themes like a business trip, a birthday party, the Christmas holiday, a kindergarten class, and a mountain climbing trip. Social media is also a big part of the campaign with a HowLifeUnfolds website, a YouTube channel, a Facebook page, and activities on Twitter (@HowLifeUnfolds, #HowLifeUnfolds), Instagram, and LinkedIn. 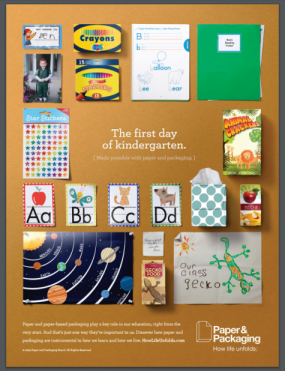 Hansan also highlighted two other promotions as part of the campaign:

How will the creators know if the campaign is effective? It will take a while to find out, but the organizers are planning on conducting an econometric analysis in the coming years. Hansan pointed to campaigns like the beef industry’s Beef Checkoff, which is credited with slowing the decline in beef sales. Oh, and in case you were wondering if any of these ads will be running during the Super Bowl, the answer is no.  The organizers determined that paying millions of dollars for a 30-second ad was a bit rich for their budget.

Moving forward, 2016 will see a continuation of this 18-month campaign. The spending on paid media is sizeable, and it will increase in 2016 given that "Paper & Packaging – How Life Unfolds" will run for the full year. In 2015, paid media spending accounted for more than $19 million during the six months that the ad was running. Media spend is expected to exceed $20 million in 2016. Even when the initial 18-month campaign ends, the "Paper & Packaging – How Life Unfolds" program will not be over. Its funding via the checkoff program will continue well beyond 2016, so keep an eye out for more from this promotional campaign. 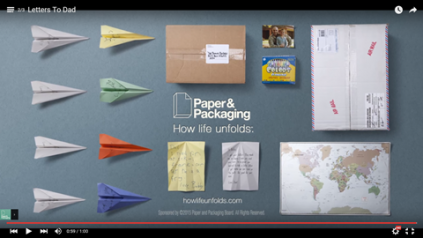