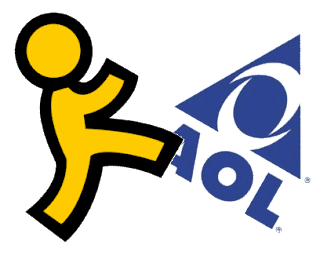 It’s a long way from the year 2000 when AOL famously bought Time Warner, then the largest media and entertainment company in the world, and also the publisher of many printed titles. The widely-touted and lauded logic behind the deal was that the new delivery channel called the “Internet” badly needed the rich content of old-media stalwarts like Time, Warner Music, CNN, HBO and others. With sky-high valuations that Internet companies enjoyed at the time (now derided as the “dotcom bubble”), AOL emerged as the dominant player in the deal with Time Warner. AOL shareholders received a greater percentage of shares in the combined company. AOL’s founder Steve Chase landed the top spot as Chairman of the merged company.

Now often referred to as the worst merger of all time, the AOL Time Warner deal led to a loss a year later of over $99 billion and decline in market value of more than $200 billion. The bubble had burst, and the merged company soon thereafter dropped “AOL” from its name.

How things have changed. The Internet has grown up, and with the advent of the smart phone, online and mobile now clearly are, or are becoming, the dominant distribution channels for content of every stripe. CarsDirect.com, one of the truly early Internet startups, not only survived the bubble, but has now morphed into a full-fledged online company. Serving automotive, health, home and travel, legal and specialized product verticals, the company has been renamed Internet Brands and now has dozens of highly focused websites with over 100 million monthly visitors.

With backing from PE mega-fund KKR, Internet Brands recently acquired Fodor’s from publishing giant Penguin Random House. Along the way, Internet Brands has acquired other publishers that distribute content via print as well as through its online channels. The company now even promotes print production expertise as one of its core skill sets. Acknowledging the value of print to travel enthusiasts, Internet Brands has announced that it will continue to publish Fodor’s famous travel guides in printed format, of which there are currently more than 150 active titles in print. In a back-to-the-future time warp, it turns out that Internet companies really do still need to acquire good content and that some that content is best delivered via print. In this year-2016 transaction the Internet-centric company is clearly in the driver’s seat.