More than 1,000 customers and prospects from around the world attended the live, professionally produced event on Nov. 18 that featured Xerox production print senior executives and product managers, Xerox printer customers, and graphic designers and agency professionals.

“Print enhancement is the fastest-growing segment in print and Xerox offers the broadest set of solutions to help clients expand their business here,” Tracey Koziol, senior VP of Global Offerings, Xerox, said. “The new technology and features we are launching expand the capabilities and profit potential of existing devices, while introducing new presses that respond to demand for higher volume and extended media and color palettes. There’s a reason Xerox remains on top in the production print market.” 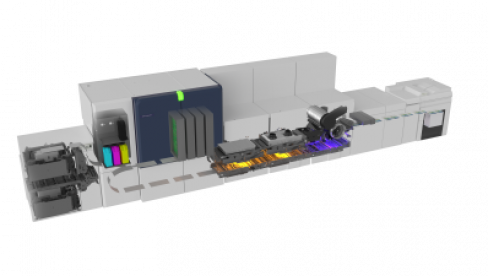 Color Accelerator is a drop-in module for existing Baltoro users or comes as an option with new Baltoro HF press installs. It comprises two components: a second dryer on the press that provides seven more infrared lamps, effectively doubling drying capacity. That unit is followed by a forced air cooling system module that brings the paper back down to ambient temperature, helping to prevent cockling and curling.

With intelligent automation, Baltoro also is said to use 50% less ink than competitive presses to purge the inkjet heads, increasing uptime and productivity, while delivering consistent, reliable quality.

"We told you, when we launched Baltoro, that it was a platform. What we meant by that is that we would continue to innovate on that platform — everywhere from feeding to finishing, and everything in between," Chris Irick, worldwide product marketing manager, Entry Production Inkjet, at Xerox, proclaimed from Xerox's Gil Hatch Center in Webster, N.Y., as he demonstrated the components and showed various print samples of the Baltoro press with Color Accelerator. "And we've made good on that promise."

In an NDA interview with Printing Impressions the day before the live event, Marybeth Gilbert, VP and GM, Production Business, Xerox, indicated that she expects the Color Accelerator option to be more popular as an upgrade on new Baltoro HF inkjet press installs for users seeking to produce higher quality, higher coverage, direct mail and collaterals — rather than as a retrofit for Baltoro presses already in the field that are already outputting existing products, often at full capacity.

She also pointed to Xerox's wide breadth of technology offerings overall as providing a competitive advantage that enables it to "right fit" its digital output devices based on actual customer needs. "I never bought into the mantra that inkjet is going come in and take over the world," she pointed out. "I see a need for Xerography, a need for inkjet, a need for different types of technologies. We feel our job at Xerox is provide those options for our customers so that they can make the right decision for their business direction." 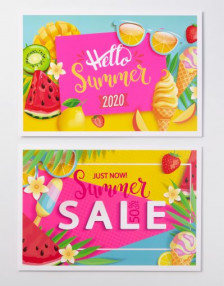 Sample of a promotion printed on the Iridesse press using the new pink fluorescent ink.

Also announced was a new fluorescent pink specialty dry ink option to the existing "Beyond CMYK" palette of gold and silver metallics, white, and clear for the six-color Xerox Iridesse digital embellishment production press.  It will be available March 1, 2021. 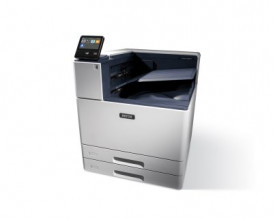 The newest addition to its VersaLink family is the small-footprint Xerox VersaLink C8000W, providing Xerox customers with a more affordable entry point into the embellishment market. Using white toner as a base on dark and colored stocks, its cyan, magenta and yellow toners are well-suited for applications such as menus, envelopes, window clings, decals, and labels. A small footprint device, the C8000W is said to offer clarity and quality that stands out over a typical four-color print.

The Xerox Versant 280 mid-production press provides added value with thicker stock media options (400 gsm) for applications such as business cards. With the All Stocks at Rated Speed (ASRS) option, the Versant 280 is said to be faster than any competitive device when printing heavy stocks. Users can print a million specialty colors using an Adaptive CMYK+ kit that leverages white, gold, silver, clear, and fluorescents, which is unique to Xerox in this class of products.

PredictPrint Media Manager software is included with the new Versant 4100, and can be added to the Iridesse model effective March 1, 2021. By using artificial intelligence, the software automatically identifies the media being used and provides the correct press settings. Users simply scan a barcode, place the paper in a tray, and use the set-up wizard to walk through optimizing the system for that application.

In addition, FreeFlow Core 6.0 automates the process of preparing a file to print and now includes the application of Beyond CMYK enhancements. FreeFlow Core uses pre-built workflows to seamlessly apply embellishments such as gold, silver, white, clear, and fluorescents without changing the source file. 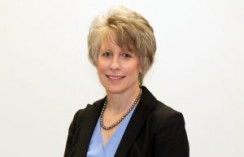 Marybeth Gilbert summed up all of the announcements clearly. “These new products and features represent the sweet spot of technology, where end-to-end solutions support our customers' need to differentiate and expand their businesses in any economic environment,” she said. “Our customers know they can count on Xerox innovation in response to their business needs.”

Given the wide breadth of new press and technology announcements at the virtual event — some of which would have debuted at drupa, had the global German trade show not been postponed due to COVID-19 — it appears Xerox is providing a balanced approach to its broad lineup of electrophotographic and inkjet digital output devices.

Inkjet: It is Here and Now

Preparing Yourself to Pivot with Inkjet
Comments
COVID-19 Resource Channel