NORWALK, Conn. — April 26, 2016 — Xerox has announced its first-quarter financial results and reaffirmed its full-year adjusted earnings guidance. The company reported it remains on track to complete its planned separation into two independent, publicly-traded companies by the end of the year and said it has made important progress on its three-year, $2.4 billion strategic transformation program.

Xerox delivered adjusted earnings per share of 22 cents in the first quarter of 2016. Adjusted EPS excludes aftertax costs of $197 million or 19 cents per share, related to the amortization of intangibles, restructuring and related costs, certain retirement related costs and separation costs, resulting in GAAP EPS from continuing operations of 3 cents. 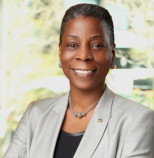 "We delivered adjusted EPS in line with our guidance, revenue growth in both the Document Outsourcing and BPO businesses of our Services segment, and a strong renewal rate in Services. Document Technology revenue declines remained in line with last quarter and continue to be pressured by weak developing markets economies. We have accelerated our cost reduction efforts across the company and expect to begin realizing the benefits in the second quarter," says Ursula Burns, Xerox chairman and CEO.

"I’m pleased with our progress on our strategic transformation and separation," Burns adds. "We put in place a robust program management structure, mapped our path to the separation, initiated leadership searches and began building the strategic, operational and financial foundation of each company."

Xerox used $25 million in cash flow from operations during the first quarter, in line with normal seasonality, and ended the quarter with a cash balance of $1.2 billion.

Separation and Strategic Transformation Update
On Jan. 29, 2016, Xerox announced a plan to separate into two independent, publicly-traded companies, each of which will be a leader in its respective industry. Xerox intends to make its initial Form 10 registration statement filing with the Securities and Exchange Commission in July 2016, on track to complete the separation by year-end. The company has determined that the optimal transaction structure for the separation is a tax-free spinoff of its BPO business. Xerox expects to incur one-time separation costs of approximately $200 to $250 million in 2016, inclusive of $8 million incurred in the first quarter. This amount does not include potential tax cost related to the separation, some of which may be offset by foreign tax credits.

In conjunction with the separation, Xerox is implementing a three-year strategic transformation program to deliver significant productivity gains and cost reductions across its businesses. It expects to realize approximately $700 million in annualized savings in 2016 from ongoing and incremental initiatives. The company recorded $126 million of restructuring and related costs in the first quarter related to the program and anticipates total restructuring and related costs of $300 million for the full year.

About Xerox
Xerox is helping change the way the world works. By applying its expertise in imaging, business process, analytics, automation and user-centric insights, it engineers the flow of work to provide greater productivity, efficiency and personalization. Its employees create meaningful innovations and provide business process services, printing equipment, software and solutions that make a real difference for its clients and their customers in 180 countries. On January 29, 2016, Xerox announced that it plans to separate into two independent, publicly-traded companies: a business process outsourcing company and a document technology company. Xerox expects to complete the separation by year-end 2016.