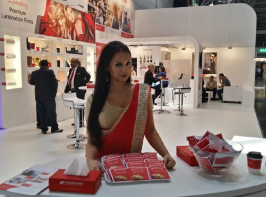 DELHI, India — June 17, 2016 — Cosmo Films, a leading manufacturer of speciality BOPP films just concluded its participation in drupa 2016 with its booth recording its highest footfall ever at the world’s leading trade fair for print and cross-media solutions, which took place between May 31 - June 10, 2016, at Düsseldorf, Germany.

The vibrant stall design and pre-event promotions helped in getting more and more attendees to the stall. The company successfully launched its premium lamination films that consists of the new improvised velvet, scuff-free matte and digital lamination films — which were designed for the luxury packaging and high-end graphic lamination industries. 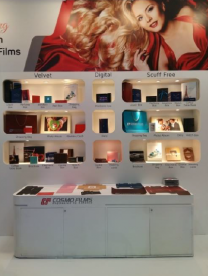 The application mock-ups/luxury packaging cartons and boxes (for instance, perfume boxes, liquor cartons, watch boxes, jewelry boxes, coffee table books, to name a few) created with these films on display, helped packaging convertors visualize some of the ways these films could be used to enhance a product’s visual and tactile experience. Visitors also got to experience velvet, one of the films from the new range through various hospitality touch points.

About Cosmo Films
Established in 1981, Cosmo Films is one of the global leaders and manufacturers of Bi-axially Oriented Polypropylene (BOPP) films used for packaging, labels and lamination applications. The company is the largest exporter of BOPP films from India and is also the largest producer of thermal lamination films in the world with plant distribution centers in India, Japan, Korea and the U.S., along with global channel partners in more than 50 countries.

END_OF_DOCUMENT_TOKEN_TO_BE_REPLACED
Happening Today
The Next Opportunities in Print