There’s an important question you need to ask yourself. How do you Web to print?

Yes, there are a number of ways to embrace Web-to-print (W2P) workflows. You can house marketing, sales collateral or branded items on a site that can be used and personalized by a corporate client with offices in multiple locations. You can upload mailing lists to do direct mail programs for customers. Or you can be the great Oz behind the curtain, controlling the production and dissemination of print-related products to a client’s end user.

But as you ponder the W2P talking points—the importance of data security and using that relationship to latch on to a customer until the apocalypse—and what the offering can do for your clients, take a step back and ask yourself this question. What can W2P do for you? Because as you read this, there are printers who are fearlessly moving mountains, empowered by what they’ve garnered from their W2P experiences and parlayed into unlikely partnerships.

One such bold trekker is Ken Shriber, who 20 years ago teamed with his brother, Steve, to form Ditto Document Solutions (now called Ditto), a Pittsburgh-based copy and production center catering to law firms and corporate legal departments. That has evolved into printing (including direct mail, signage and collateral) and direct marketing for other companies in the surrounding tri-state area. W2P has been a rich source for activity during the past 10 years, and the company currently hosts 35 active sites and 15,000-plus registered users pumping out an average of more than 500 jobs per day.

“We’ve brought a lot of the development, more IT and security in-house,” he says. “If (clients) are looking to do something more creative and want to be nimble to get a project out quicker, we’re able to handle a lot more of that internally.

“We’ve invested a lot of time, money and resources into the security side of the business. We’re handling sensitive data for financial and health care institutions. It’s important to make sure we have (the security aspect) locked down, and we’re able to manage that internally.”

The wonderful collision of W2P and marketing had its genesis at Ditto several years ago when it partnered with an agency to create and print more than 6.5 million coupons (550,000 books) for a local gas retailer’s fundraising campaign that was offered to community organizations. Ditto’s XMPie workflow enabled coupon books that were personalized, numbered and barcoded for tracking.

A cold call from Pittsburgh-based Ditto proved to be the starting point to a regional fundraising campaign with Dunkin’ Donuts.

The success of that program gave Shriber a wild idea. Why not approach Dunkin’ Donuts, which would be a tremendous fundraising source for people re-selling the company’s yummy donuts and delicious coffee. So it came to be that Ken Shriber cold-called the international giant...got his foot in the door...and then some.

“They’re a great brand with great curb appeal, so I called on them. It took me a couple of months to get to the right person,” Shriber says. “I met the rep at an airport hotel and proposed a totally turnkey Website that we would create for no charge.”

Shriber sold the concept of selling discount books to organizations for $6, to be resold for $10, and made sure the books had $30 worth of free or buy one, get one (BOGO) offers. Ditto also controlled all of the collateral that was placed in the stores for the marketing campaign.

It took a year of ensuring that the program met with state fundraising laws, which meant bringing multiple lawyers into the equation. The printer reaped a profit from the sale of the fundraising books, which helped defray the startup costs. The program is currently available in Pennsylvania, Ohio, Michigan and Indiana.

Given the variation in state fundraising laws, Ditto would probably still be in the discovery phase had it tried to sell Dunkin’ Donuts on a national campaign. Currently, they’re talking about debuting the fundraiser in more regions. “It’s a crawl, walk, run approach,” Shriber adds.

It doesn’t take a global customer like Dunkin’ Donuts to transform an idea into magic. Graphics Plus, located in Lisle, IL, signed up for Ricoh’s 1to1 Create Marketing Services, powered by PTI Marketing Technologies. 1to1 Create is a cloud-based subscription service (SaaS) geared toward the small- and medium-sized printer for developing cross-media marketing campaigns.

“The 1to1 platform gave us an easy, quick way to develop multichannel marketing campaigns that have a professional look, and are within clients’ budgets and timeframe,” notes Michael Jais, a partner at Graphics Plus. “It’s very easy to create a direct mail program or brochure with a consistent-looking brand. It puts together a lot of the solutions that we need in order to get a program out. I can find a list to help clients target markets. And I like that the list can be the same one that I use for mailing, as well as for e-mailing.

One of the print shop’s first efforts was for a women’s health club, ClubReps, which was expanding but didn’t know how to target its local, 21- to 55-year-old, female demographic. While 1to1 Create marketing Services is template rich, it also allowed Graphics Plus to create a direct mail program that incorporated ClubReps’ artwork. 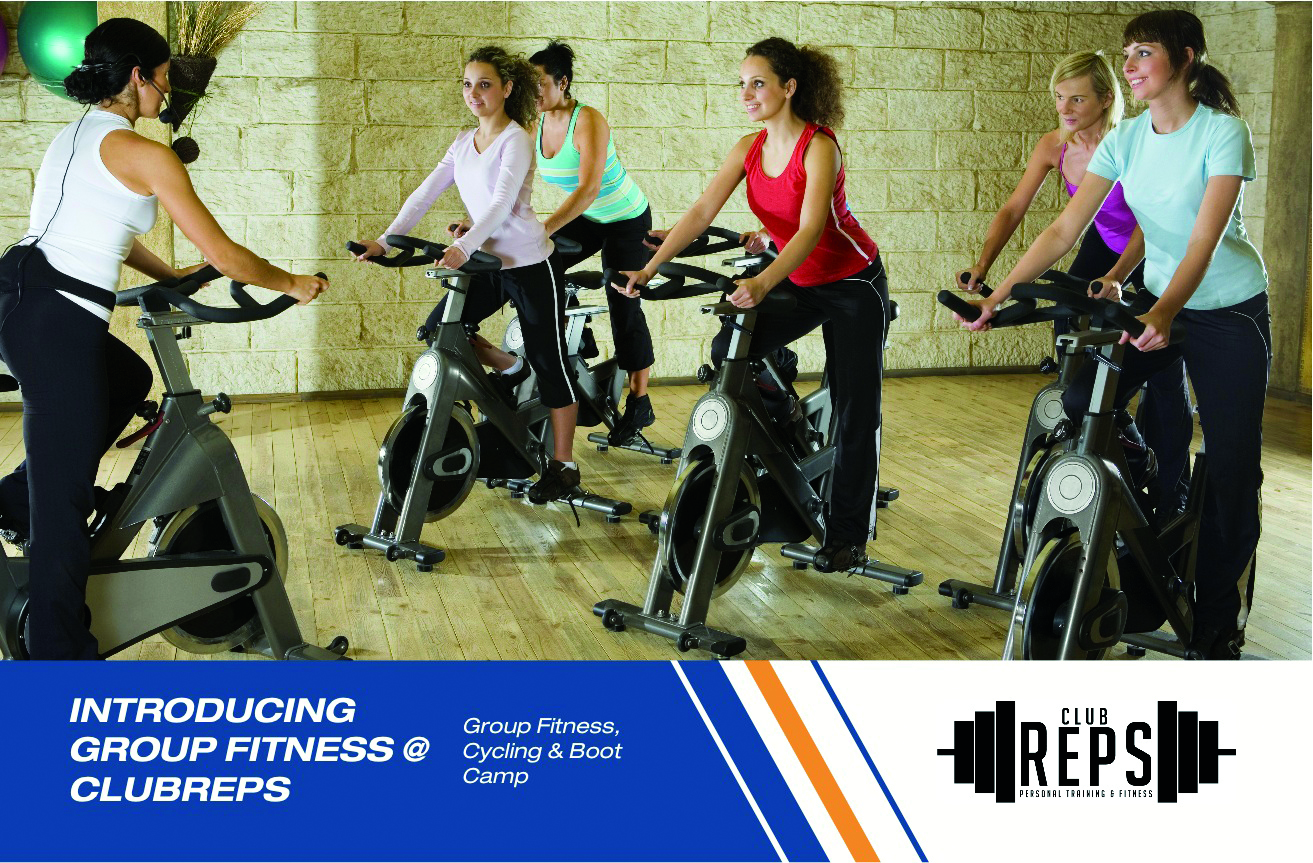 Graphics Plus customized the vertical marketing campaign with images and content, and leveraged a list provided by USAData, which is connected to the platform. The direct mail program incorporated a personalized URL, complemented by an e-mail touch point, and Graphics Plus assembled brochures and rate cards—all of which drew upon the core group of images.

All told, the campaign increased ClubReps’ membership by 10 percent, greatly exceeding the customer’s expectations. “One of the benefits of using this program is we’re not just printing postcards or commodity print jobs,” Jais notes. “We’re acting as a marketing service for these small- and medium-sized companies.”

So far, Graphics Plus has done seven campaigns, two of which were self-promotional initiatives aimed at raising awareness in regards to the printer’s capability. Jais is hoping to double that figure in 2015.

Some companies have cultivated a number of sources for e-commerce platforms. Included in this group is Edward Rothschild, the owner of three AlphaGraphics franchises in the Denver market. Recently, Rothschild obtained EFI’s Online Print Solutions (OPS). He also has a consumer online ordering site, posterdog.com, which runs on a different platform.

“We were looking for a better alternative with a broader range of capabilities—where we could add modules to it as we needed them,” Rothschild explains. “So far, we’ve done well with the basic structure of OPS and that’s been sufficient for us.”

According to Rothschild, his set of franchises has about 100 customer-facing Websites. One of the more robust sites that his company has developed through OPS is a W2P portal designed for—coincidentally enough—a franchisor in the high-end executive office business. The client wanted certain information available to some members, but gated from others, lending to a lot of variability. Franchisee payments are made through the site, and Rothschild considers it the most well-rounded site.

“Initially, it was pretty straightforward, and took two to three weeks to put together,” Rothschild says. “One of the challenges with these portals is that as the customer becomes more enthused, you (get more input into) what needs to be done. We’re still growing the site.”

Educating Customers Is Key to Usage

Rothschild attended a meeting of his customer’s franchisees in Las Vegas to educate them on getting the most out of the Web portal. One of the keys in getting maximum usage out of the site was keeping it simple for the end users to use. Under-utilized W2P sites can be a fact of life, but Rothschild points out that there’s marketing value in sites when a printer can produce them quickly and cost-effectively.

* AlphaGraphics is transitioning away from its use of Four51 software, and its MIS system also has some customer portals that replaced the need for W2P capabilities of both Four51 and OPS. But moving forward, each of Rothschild’s three centers will be tasked with placing 25 customers on a portal on its MIS system each quarter, and one major customer on an OPS ordering site per week.

Not all W2P systems are created equal. It is important to have flexibility in the appearance of the Web pages for product categories and the products themselves, notes Bruce Shulman, president of Paducah Printing of Paducah, KY. According to Shulman, different W2P products seem to have varying degrees of customization of appearance available, and it’s important for the buyer to be able to visually recognize the intended purchase. It is particularly true, he says, when presenting a product that offers personalization.

Additionally, Shulman sees mobile-enabled capabilities as a must for any W2P system. Ideally, a client should be able to order customizable products such as business cards or realtor signs while taking a coffee break between sales calls, he says.

Paducah has been utilizing Agfa’s StoreFront solution for 18 months, and Shulman is a big fan of the fact that it instantly displays updated pricing whenever a user changes specifications, and that users can see alternative quantity costs without entering new criteria.

Shulman finds the StoreFront interface with his shop’s Agfa Apogee 8 prepress workflow to be very reliable. “Our prepress manager, Joe Jackson, has built an appropriate Apogee 8 template for our StoreFront products going to offset, and we designated that template in StoreFront as the destination for an uploaded file for that product,” Shulman says.

“An order comes in and lands in Apogee, ready to proof to our Oris G7 proofer. Our StoreFront director, customer service and prepress director all get e-mail notifications of the order and the file’s arrival. We have a similar notification system for wide-format and digital press orders, but the files bypass Apogee and go to the appropriate hot folder.”

It only takes a little creativity and a vision for possibilities to sell a W2P concept. Sometimes, one needs to just think outside the software package. PI

* This is only the case for a trio of franchises owned by Edward Rothschild in the Denver market (business centers 424, 438 and 612). AlphaGraphics Inc. continues its long-term relationship with Four51. Printing Impressions regrets any confusion this may have caused.