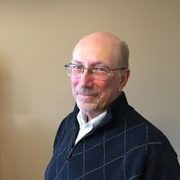 Day 9, Nov. 5, of the PRINTING United Digital Experience was dedicated to mailing and fulfillment, and one of the keynote sessions focused specifically on the trends impacting this segment of the market. Titled “Between the Press and the Mailbox: What’s Trending in Mail and the USPS,” the speaker for the session was Leo Raymond, managing director of Mailers Hub.

He started the session with looking at the volumes and revenue that the U.S. Postal Service (USPS) is seeing today. Through August, he noted, the USPS has shipped a total of 117.8 billion pieces of mail, down 10.3% from the same period last year, and the two largest categories — First Class and Marketing — were down 4.6% and 16.6% respectively. Not surprisingly, the total revenue for the fiscal year, which ended at the end of September, was a net loss of $8.67 billion, compared to a loss of $8.13 billion last year, although total revenue was actually up 2% to $66.96 billion, mostly driven by a surge in packages and e-commerce in 2020.

While the problems the USPS faces aren’t new, they have been accelerated by the pandemic, which has further driven losses to some of the traditional segments, along with a trend toward more diverse First-Class mail, persistent fixed costs, and surging competition in the form of services from companies such as UPS, FedEx, and even Amazon.

A few other driving factors that are having profound impacts on mail include:

On the operations side, there are a number of factors that are impacting mail as well. Of course, COVID-19 has affected USPS staffing numbers — just as with every other business — and, as Raymond noted, having five people out either with the virus or caring for people who have it in a postal facility of 500 isn’t going to have much of an impact. However, having five workers out in a delivery operation with just 10 carriers is an entirely different matter.

And with no national policy in place on how to handle such unprecedented times — which he said is actually not a bad thing, since one size does not fit all in this kind of situation — each local USPS location has had to find ways to handle delivery on their own. In some cases, there has been no noticeable impact on service but, in other areas, mail has been slower to arrive as they juggle these issues.

With these — and more trends that Raymond gave a deeper dive into during his session — as the backdrop, there is no surprise there has been a great deal of interest in the USPS on the legislative side of the equation, both from elected officials, and from the rest of the country watching.

“Ultimately all this bubbled up to Congress,” Raymond said, “and they were agitated and suddenly attentive to the Postal Service — but they didn’t give the USPS any help. The only thing the Postal Service got was the ability to borrow more money, which was probably the last thing it needed to do.” The initial stimulus package, the CARES Act, had no direct aid for the USPS, and subsequent proposals for legislation that would give the USPS direct aid has also been dropped before coming to a vote.

The U.S. Senate reflects opinions on the street, Raymond pointed out, which were based on misinformation about parcel pricing, and especially a dissatisfaction with the management of the Postal Service rooted in the current Administration’s hostility toward Amazon — whose owner, Jeff Bezos, also owns The Washington Post, which is often critical of the Administration — and the USPS not sharing the same feelings.

“Unfortunately, the whole environment over the last few months has politicized the Postal Service in a way it has never been politicized before,” Raymond noted.

He also pointed out that when President Trump took office, there was no USPS Board of Governors, due to the Senate delaying appointments, which allowed the current administration to completely fill the board with his own nominees, including the selection of a Postmaster General who shared the same political views. This, in turn, led to dissatisfaction and partisanship, as it was assumed that everyone running the USPS came in with a political mission.

“The Inspector General reviewed a lot that’s been done and, in an excellent audit report issued Oct. 19, pretty much debunked a lot of the things that were popular theories about what was going on, and why it was going on,” according to Raymond.

“It wasn’t very complimentary to the Postal Service for its judgment of when to do what it was doing, but it did not support some of the theories that there were political motivations behind those things aimed at hurting mail or delaying the election.”

Looking forward, Raymond noted that there’s not any silver lining here. He believes there will be a continuing decline in mail volumes, with 2020 expected to be 10% to 20% below 2019 once the fiscal year numbers are released.

The financial problems will continue, with $2 billion biweekly payrolls leading to projections of the USPS being out of cash anywhere from late 2020 into mid-2021. Cost control, he said, will remain difficult, with limited opportunities to shrink infrastructure, mandated services the USPS must provide, and inflexibility on the labor side of the equation all continuing to lead to continuing losses.

The challenges that the USPS faces can’t, Raymond noted, can’t be overcome without Congressional intervention, and “we’re not holding our breath,” while noting it is likely that Capitol Hill will continue to only pay attention when it is politically expedient, and will fail to “make the hard decisions” necessary to revamp the service to meet modern needs, and be financially stable at the same time.

It makes for an uncertain future, but there are a number of resources out there for commercial mailers to watch to ensure they can answer the questions that brands and customers come to them with about what types of mail to produce, and when to send it.

To view this PRINTING United Digital Experience presentation, and more than 100 other educational sessions, for free on-demand, visit digital.printingunited.com