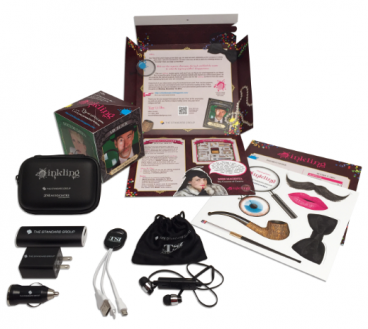 The Holiday Inkling Mystery Game campaign received enthusiastic praise for leveraging direct mail, email and social media to invite its customers, prospects and employees to play the Clue-like game online. The personalized invitation featured a curiously creative opening and 16 customized elements, including a pop-up cube with a picture of the customer's very own sales specialist dressed as a character suspect in the game. The campaign’s conversion was tracked via personalized websites, or PURLs, and active players received daily email reminders to solve the mystery in order to receive prizes.

“We are so proud to have won an Irresistible MailTM Award,” noted Scott Vaughn, CEO of The Standard Group. He continued, “We designed our campaign to inspire our customers to execute engaging print and integrated communications. But to win a distinguished award by the USPS is a great honor and validation of our team’s always expanding creative ability.”