The History of the U.S. Government Publishing Office in Pictures 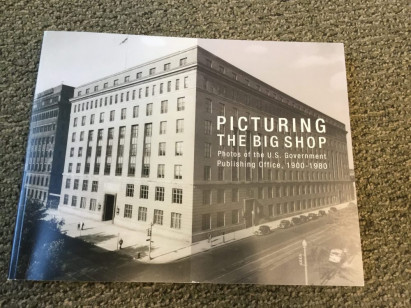 From the turn of the 20th century until World War II, more than 10,000 photographs were taken of the U.S. Government Publishing Office (GPO), recording employees engaged in countless daily tasks, as well as the equipment they used and the rooms they worked in. To honor its history, and its hardworking employees of the past, GPO this week released a new photo history of the agency — a 272-page book that collects hundreds of historic photos, including many that have never before been published. Titled "Picturing the Big Shop," the GPO “family album” offers a historical record of everyday life at GPO from 1900 to 1980.

There are photos of the earliest GPO buildings, when northwest Washington, D.C., was largely undeveloped. Black-and-white and sepia photos reveal how crowded GPO once was with workers; roomfuls of staff sit at typesetting machines, or stand at tables in the book bindery, piles of pages in front of each man. 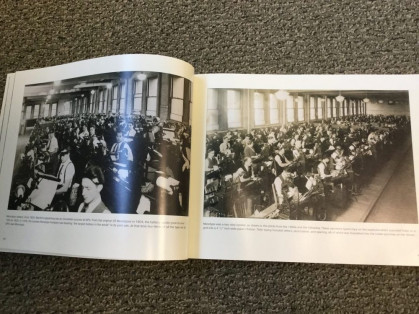 The impressive battery of monotype equipment at GPO, more than 100 in number back in 1930.

The book shows some of the earliest presses, such as a 1905 Hoe web-fed cylinder press (bought off the exposition floor of the St. Louis International Exposition in 1904). Elsewhere, Linotypes are packed so tightly together there's barely room to squeeze past.

Photos show the horse-drawn wagons once used to make GPO deliveries to the Capitol and the White House. Dozens of pictures reveal GPO's earnest young apprentices, hard at work pouring molten type metal into casting boxes, proofreading, making electrotype plates, and running platen presses. There are also shots of employees dining in the GPO cafeteria, duking it out in the GPO boxing club, performing in the GPO choir and bowling in GPO's duckpin bowling alley. 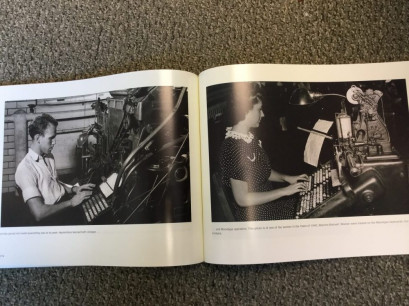 Hot metal typesetting on both Linotype (left) and Monotype equipment. On the right is Blanche Boisvert in the 1940s. Women were trained on the Monotype keyboards only, not on Linotype.

“While GPO today is a far different place from the GPO in these photos, we remain proud of our past as we embrace the technological changes of the future,” says GPO Director Davita Vance-Cooks. “Picturing the Big Shop" is a tribute to the efforts of the men and women who have carried out the important work of producing the information of the Federal Government over the years.”

"Picturing the Big Shop" can be purchased through GPO’s online bookstore.

Crafting an Industry-Wide Advocacy Agenda for 2021