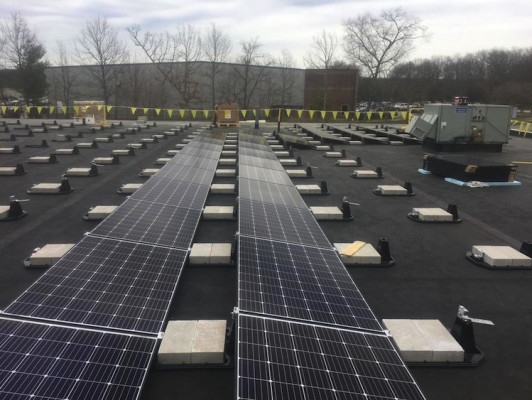 In keeping with its commitment to be "green," in the spring of 2017, Starburst Printing began installation of a 60kW solar energy system on the roof of its facility.

The installation could offset roughly about 35% of the Starburst's power usage. 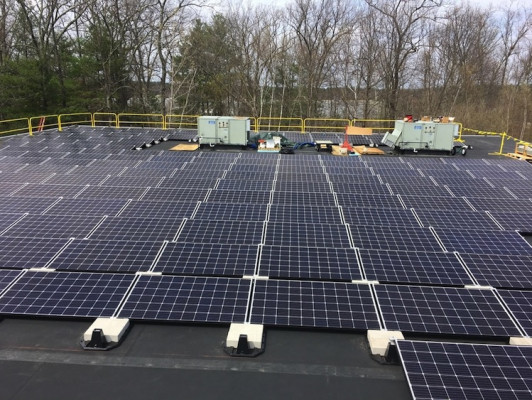 The annual power produced from this solar system will offset approximately about 97,500 lbs. of Co2. 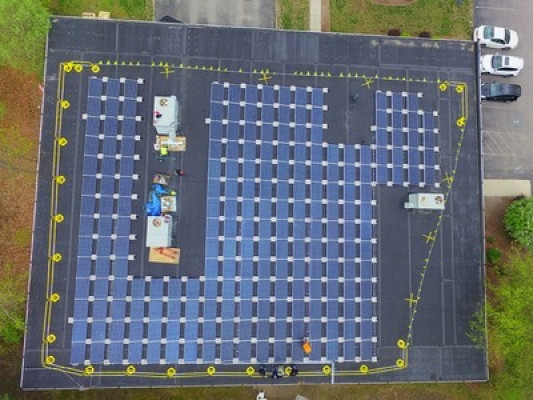 An aerial view of the installation of Starburst's solar energy system.

BOSTON, Mass. — June 5, 2017 — Businesses around the world in recent times are turning to solar energy as a solution to their power supply and to reduce carbon footprint and exposure to rising energy cost with clean renewable energy and this could be said of Starburst Printing and Graphics.

Starburst Printing and Graphics has just had its 60kW solar energy system provided by SolBid (A solar energy provider) installed providing little over 70,000kWh per year of clean energy enough to offset roughly about 35% of the business power usage. With this, the annual power produced from this solar system will offset approximately about 97,500 lbs. of Co2, the equivalent of planting about 43,500 trees or taking 148 cars of the road each year.

This will help Starburst Printing and Graphics reduce its energy cost and help in protecting the environment through the use of clean renewable energy.

The project has also helped to provide work to Massachusetts contractors, Hickman and Sgroi Electric and Sapowski construction.