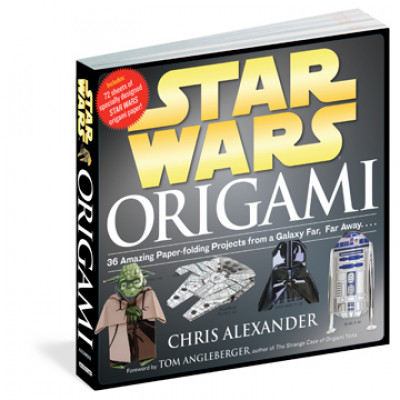 The unique Star Wars book includes 144 origami-enabled pages, which are all perforated so they can be pulled out easily. 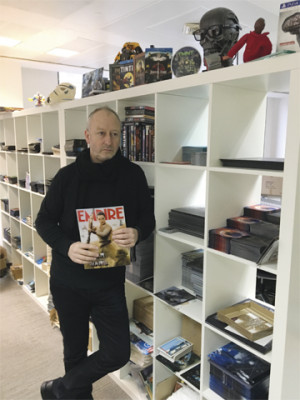 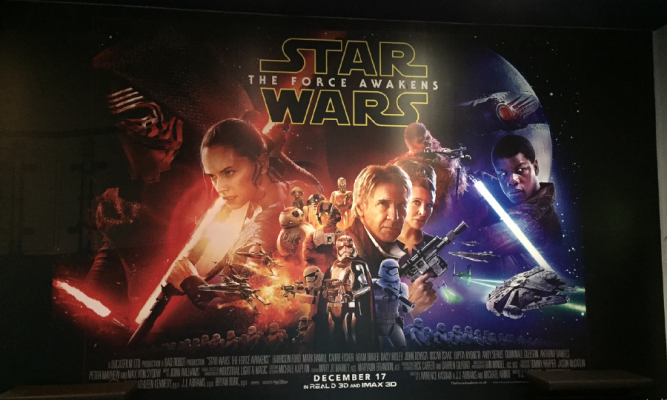 It’s not for nothing that movie and cultural critics have called Star Wars a cradle-to-grave entertainment experience. Appearing in regular installments throughout the past five decades, Star Wars seems to have been with us forever.

If we include the most recent addition to the canon, “Star Wars: The Force Awakens,” the combined value of the Star Wars franchise — including video games, books, comics and all sorts of merchandise — is now nudging $29.4 billion. Legendary Star Wars creator George Lucas recently walked off into the creative sunset with a very cool $4 billion, the price that Disney recently paid him for Lucasfilm and its catalog of movies in 2012.

This article will take a look at some of the best Star Wars-themed printed product from several of the U.S. and U.K.’s leading printers and publishers.

American publishers have been, as might be expected, very quick off the mark to bid for a slice of the Star Wars action.

One of the most innovative ranges of Star Wars (non-fiction) books has, in recent years, come from New York’s Workman Publishing. Workman has two books of which it can be justly proud: “Star Wars: A Scanimation Book,” and “Star Wars Origami.” The titles say it all, but nothing quite prepares one for seeing moving images or lovely origami cutouts

According to Workman Production Director Doug Wolff, “Our books don’t fit any type of standard format or template. It’s almost like we reinvent the wheel for each title. And we wanted to give that same unique approach to our two Star Wars books. Take our Star Wars Scanimation book as an example. Simply put, scanimation is a state-of-the-art, six-phase animation process that combines the persistence of vision principle with a striped acetate overlay to give the illusion of movement.”

All of Workman’s scanimation books have been printed and manufactured by the only specialist in this field (Guangzhou Great Dragon Printing of China). By contrast, all of the many illustrations for Workman’s innovative Star Wars Origami title were done in-house.

“Our Star Wars Scanimation was printed on a Heidelberg press using a 230 gsm C1S card stock,” Wolff says. “The DuPont APET prints separately with a one-color black stripe. The Scanimation cards are then diecut, hand-assembled and hand-bound into the book. The case material is a foil stock that we printed over.”

However, for Workman’s Origami book, things were, as might be expected, very different. “For Origami, the files were sent as print-ready PDFs to our U.S. printer of choice: RR Donnelley,” he adds.

“In response to these trends, we have positioned ourselves to produce smaller print orders on digital equipment or very large print orders on offset presses, as in the case of Workman’s ‘Star Wars Origami’ book,” he says.

“While the focus on inventory management is clear, publishers also value the importance of the offset platform in the trade space. Managing the front and back end of a title’s life cycle helps the economics of many titles, but the ability to manage larger offset print runs is still the true win for any title. Developing an integrated, low-touch offering to manage the two creates true value-added solutions for publishers.”

“Workman is a highly valued customer of ours,” he adds. “And, in order to give their ‘Star Wars Origami’ title visual zing, we decided to manufacture it in our Crawfordsville, Ind., facility where we have a number of color offset presses well-suited for this kind of creative and challenging project.”

The book, which included 144 origami-enabled pages, was printed on a variety of paper stocks. The 144 pages were then perforated using an in-house custom product that created the pull-out origami pages in an 8x8˝ square. To finish things off, the “Star Wars Origami” cover was produced on 12-pt. stock and bound using adhesive notch soft cover.

Workman Publishing must be doing something right with its Star Wars titles; Origami to date has sold 501,000 copies, while Scanimation has hit a rocket-fuelled sales figure of 670,000 (including foreign editions).

In mid-November last year, the Christmas edition of arguably the world’s leading movie magazine, Empire, hit newsstands and bookstore shelves on both sides of the Atlantic. It was particularly noteworthy, not just because it was a Star Wars VII-themed issue, but because Empire did something it had done only once before (for “The Hobbit: An Unexpected Journey”) — no less than six different lenticular front covers with a 3D effect. The magazines leapt off of the newsstands.

The eye-catching Star Wars front covers went through a lot of concept stages, according to Chris Lupton, Empire’s design director. “The look of the main characters evolved quite significantly during the process of the movie being made, which in turn impacted the look of our covers.

“We worked with a U.K. company called Hive Associates, using its printing facility in Paris for the production of our Star Wars lenticular covers, which were then, in turn, attached to the magazine front covers. We also produced a special, limited edition run with an attached Hasbro Star Wars figure — a first for Empire, which sold out immediately. Kylo Ren was a film favorite!”

With much justification Hive Associates can claim to be the leading lenticular printing company in the U.K. and Europe, with such companies as Nintendo, DIESEL, Warner Bros. and Sony among its clients. According to Hive’s Director Marc Edmunds, Hive was working with Empire on its limited-edition front covers for a long time prior to the final print date in order to get things just right.

“Actual image assets were only available two to three weeks prior to printing, which made it quite a challenge to get all the proofs produced and ready for print at our specialized Paris lenticular printing plant,” notes Edmunds, who reveals that the lenticular covers were produced on a specially adapted Komori 840 lithographic press.

The Star Wars prequel movies came in for some negative criticism for being too digital effects heavy. Wunderkind J.J. Abrams (director of “The Force Awakens”) assured fans that the new Star Wars film would redress this unbalance by having several real-world sets and actors, all decked out in real costumes, using real props. Many of these props and costumes would not have been possible without 3D printing technology.

There were good practical reasons for this use of 3D, because when a prop is going to be used many times throughout a movie it reduces the cost to reproduce it several times by 3D printing, which is becoming both faster and easier than previously. Star Wars VII’s arch baddie Kylo Ren sports a mean looking red lightsaber, which was entirely 3D printed.

Another example is Captain Phasma, played by 6 ft. 3 in. “Game of Thrones” actress Gwendoline Christie. Significant parts of her shiny chrome stormtrooper armor were 3D printed, including her helmet and gloves. Her helmet was 3D printed in nylon that was then chrome vacuum-plated.

Atlanta-based 3D printing company PartWorks has an increasing client base from movies, TV shows and even broadway productions. PartWorks recently worked with the History Channel on a series of detailed historical reproductions.

“There was an impressive creative use of 3D printing in the latest Star Wars movie,” comments Scott Geller, PartWorks’ CEO, “and this use of 3D printing within the movie and other allied industries — like home video and television — looks set to increase exponentially.”

Geller’s prediction seems right on target. Looming around the corner are a whole slew of movies ranging from “Batman v. Superman” to “Captain America: Civil War,” which feature a heavy use of 3D printing for costumes and props. And one can be sure that any future Star Wars movie will, once again, make significant use of this exciting, adaptable, futuristic printing technology. PI