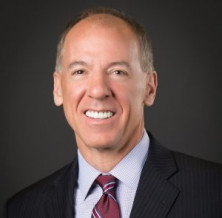 CENTENNIAL, Colo. - January 23, 2018 - SpeedPro Imaging, a leading printing and graphics franchise, is proud of the success, gains and advancements made systemwide in 2017. Most notably, SpeedPro Imaging opened 11 new locations across the United States and introduced Larry Oberly as its new CEO.

All corporate executives and franchise partners are eager to expand upon this recent success in 2018, further establishing SpeedPro Imaging as the industry leader in wide-format graphics.

The nationwide franchise experienced significant expansion over the course of the year. In 2017, SpeedPro generated a 10.6% increase over 2016’s systemwide sales figures and introduced 13 new franchisees with diverse backgrounds. Among the most recent to open their SpeedPro Imaging studios:

Beyond that, perhaps the biggest headline from 2017 was the introduction of Larry Oberly as the company’s new chief executive officer. Oberly, a franchise leader with over 25 years of experience as a franchisor and franchisee (including 10 years as vice president of global development at RE/MAX), joined the SpeedPro Imaging team on November 6, 2017.

Soon after taking over, Oberly defined and shared his vision with the entire SpeedPro family (learn more in part one and part two of a recent sit-down interview with Oberly). He then worked swiftly to begin implementing this vision, emboldening the SpeedPro brand and empowering SpeedPro franchisees to be more successful.

With Oberly at the helm, SpeedPro Imaging is poised to revolutionize the industry for years to come. The company is preparing to open new franchises at a blistering pace in 2018. There are currently nine units in development that will open early in the year, with many more in the pipeline.

“2018 will be a breakout year for SpeedPro Imaging,” says Oberly. “We are creating a lot of momentum coming into the new year and look forward to further establishing our company as the national leader in large-format printing. The key to accomplishing that is turning our full attention to our franchisees – helping them become more profitable and efficient than ever before. We’re hard at work executing our new vision and we’re already seeing fantastic results. We’re excited to make 2018 the best year yet for everyone at SpeedPro Imaging.”

As the nation’s leading printing and graphics franchise, SpeedPro Imaging can handle any printing project on behalf of their clients, including: