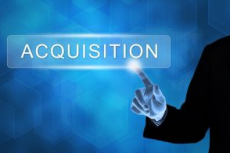 REDWOOD CITY, Calif. - April 3, 2018 - Shutterfly, the leading online retailer and manufacturer of high-quality personalized products and services, announced it has closed its previously announced acquisition of Lifetouch, the national leader in school photography. The company financed the acquisition with the proceeds of an $825 million incremental term loan facility, which closed simultaneous with the acquisition.

“We are thrilled to welcome Lifetouch to the Shutterfly family, and are excited to bring together two undisputed leaders in adjacent verticals, both of which have the common mission of helping customers share life’s joy through photos,” said Christopher North, President and CEO of Shutterfly. “We are focused on realizing the three value creation opportunities that we previously articulated: gaining access to many Lifetouch customers as Shutterfly customers, offering Shutterfly’s broader product range to Lifetouch customers and accelerating the development of Lifetouch’s online platform, and realizing significant supply chain, manufacturing, and fulfillment synergies over time.”

Michael Meek will remain as President and CEO of Lifetouch, and will report to Christopher North.

Now that the acquisition has closed, Lifetouch will no longer be required to fund the Lifetouch Inc. Employee Stock Ownership Plan (ESOP). At closing, the sale proceeds were paid to the trustee of the ESOP who will distribute the proceeds to participants. Generally, participants will receive full payment for their ESOP interest in two installments, and following expiration of applicable escrows and final approval of the IRS, the ESOP will be terminated.

Shutterfly expects the acquisition to result in approximately $935 million of additional net revenues, and approximately $100 million of additional Adjusted EBITDA in the 12-month period following closing of the acquisition. The company will provide updated 2018 financial guidance incorporating Lifetouch results of operations for the remainder of the year, on its Q1 ’18 earnings call.

As mentioned on the fourth quarter earnings call, the company is targeting a minimum of $450 million of Adjusted EBITDA by 2020.

Shutterfly acquired privately-held Lifetouch for $825 million, cash-free, debt-free. The acquisition of Lifetouch was announced on January 30, 2018, and was approved by the Board of Directors of Shutterfly and the trustee of the Lifetouch ESOP prior to announcement. Shutterfly financed the acquisition with incremental term loans, which closed simultaneous with the acquisition.