Showdown Displays, a North American manufacturer and supplier of visual communications, event and display merchandise, has announced that it has officially been named a Certified Aluvision Partner (CAP). This certification and partnership is based on Showdown Displays demonstrating the knowledge, skill and quality required to produce Silicone Edge Graphics (SEGs) for the Aluvision system of Omni-55 wall frames, light boxes, and hanging signs. 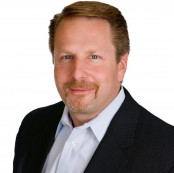 Showdown Displays is now one of a select number of suppliers to have the CAP designation, allowing the company to provide SEG products to approved Aluvision dealers.

"We are excited to include Showdown as one of our CAP. The Aluvision system has the highest standards in quality and precision and we look for partners with the same level of ethics that allow for our system to stand out from the rest,” said Joe Guerrero, Midwest Sales Manager for Aluvision.

Showdown Displays is a Qualified G7 Master Printer of large format graphics as well as the leading manufacturer of custom displays and soft signage, specializing in the creation of creative branding solutions and innovative display development.