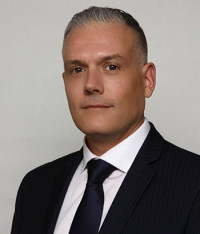 Group CEO Rafael Penuela-Torres said: "As vice president sales and marketing for the USA and Canada for the last four years, with a career in the industry spanning more than 20 years, Sean has held progressively senior leadership positions. He is the natural choice to head up our North American operations."

Springett, who joined Manroland Sheetfed in 2008, said: “Manroland Sheetfed is one of those rare companies to have truly revolutionized the offset market through technology, and I couldn’t be more honored to have been chosen to lead the company in the USA and Canada."

CFO Brian Gott noted, "Sean is a proven leader with strong business credentials. His vision for how our products and services will be experienced in the USA and Canada is exactly what we need as our company enters its next chapter.

Gina Gigliozzi, director of sales administration also added, "Having worked with him for more than eight years, I feel sure that Sean is the right leader at the right time for Manroland Sheetfed."

Former CEO, Mr. Mike Mugavaro, 64, passed away last month after a bravely fought battle with cancer. "We were all deeply shocked by Mike's untimely death, he had been battling this terrible disease for some time but was determined to carry on as normal for as long as possible. We will miss him and on behalf of everyone that knew him professionally, we extend our deepest sympathies to his family and friends," said Penuela-Torres.