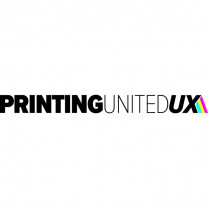 SCREEN Americas announces its participation in the Printing United User Experience event scheduled to take place immediately prior to the PRINTING United Expo convention which is scheduled for October 19–21, 2022, in Las Vegas, Nevada. The occasion, also referred to as Printing United UX, was created especially for OEMs, associations and other groups interested in further engaging printers in one-on-one conversations that focus on their specific challenges and needs. Registrants of Printing United UX will have access to the convention’s show floor before it officially opens its doors to regular attendees.

In conjunction with its participation in the event, SCREEN Americas also announces the formation of its Executive Customer Council, also known as the ECC, which is comprised of a representative selection of key customers across a variety of print markets. The ECC’s charter is to facilitate relationships among the growing population of SCREEN’s customers, as well as to collaborate with SCREEN GP’s R&D and manufacturing teams in Kyoto, Japan, and to serve as the organizing board for SCREEN Americas’ new User’s Group.

“Our customers have an amazing range of experience in how to effectively integrate SCREEN’s technology within their business operations,” said Mark Schlimme, vice president of marketing for SCREEN Americas. “They’ve ‘been there before’ and we believe that, as a group and in partnership with SCREEN, this community can be a tremendous resource for one another.”

The council’s first president is Executive Vice President of Strategic Initiatives Dave Johannes of Moore DM Group of Lanham, Maryland. Johannes, along with other members of the ECC, will gather at SCREEN Americas’ headquarters in Elk Grove Village, Illinois, in August for its first in-person meeting.

To further garner as much feedback as possible from as many printers as possible, SCREEN Americas and the ECC plan to continually recruit customers for roles and participation within the council.

END_OF_DOCUMENT_TOKEN_TO_BE_REPLACED
Happening Today
The Powerful Case for US Book Manufacturing