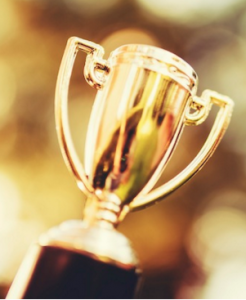 BOSTON — August 16, 2017 —  Sappi North America, a leading producer and supplier of diversified paper and packaging products, announced the 12 Gold Award winners of its annual North American Printer of the Year contest. Regarded as the world's most respected accolade of excellence in printed communications, this award recognizes superior innovation and creativity in print across 11 categories for work produced on Sappi papers. The 2017 winners were chosen as the most outstanding print submissions from nearly 1,500 entries.

"We are impressed year after year with the innovative techniques that printers incorporate into their projects. While all the submissions are worthy of praise, this year's winners truly caught our eye with their attention to detail," says Patti Groh, director of marketing communications, Sappi North America. "Our Printer of the Year competition showcases the incredible power of print to inspire and influence purchasing decisions."

Lithographix Inc., a premier offset and grand format printer, is this year's 2017 Printer of the Year award winner. Based in Hawthorne, Calif., the printer was selected for the book "The 4th Phase Book", printed for Red Bull Media House, which highlights a beautiful collection of images shot during an epic four year, 16,000 mile journey across the picturesque North Pacific region.  Printed on Sappi McCoy Silk paper, the book features legendary snowboarder Travis Rice, and was later adapted into an action movie.

According to judge Jim Tenorio, professor emeritus at the University of Wisconsin-Stout's Cross-Media Graphics Management Program, the piece was chosen for a number of reasons: "The printer did a great job reproducing black and white and full-color images. They matched color and tone across long full-page spreads," he said. "It was impressively bound with colored edges and cloth siding that complemented the body of the book. The project used a great combination of format and page size that skyrocketed the impact of the broad, beautiful horizontal and vertical landscape photography that was extensive in the book."

A panel of highly regarded print professionals selected the winning entries based on the overall impact of the piece, degree of difficulty in printing techniques, and technical excellence. The winners of Sappi's North American Printer of the Year award competed in a variety of categories, including Books, Brochures, Direct Mail and Catalogs. Sappi introduced two new categories to this year's awards: Packaging and Activated Print. The following companies represent the gold winners of this year's competition. 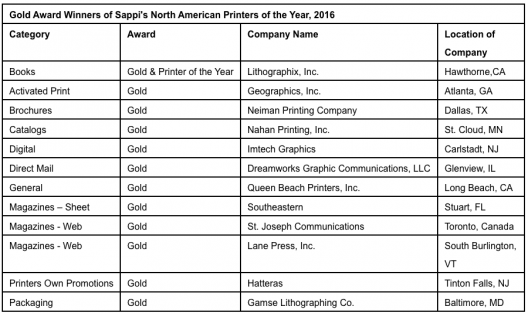 Sappi's North American Printer of the Year winners will also gain increased visibility with current and potential clients by being featured on their own page in Sappi's Printers of the Year Online Resource. This unique and searchable database for designers, print buyers and corporations provides information about the award-winning printers and their capabilities, printing equipment and location. The database is available here.

Differences Between Print and Digital Presentation