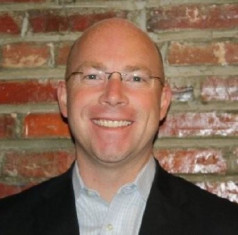 Sandy Alexander, Inc. (“Sandy Alexander” or “the Company”), a portfolio company of Snow Peak Capital, LLC and a leading multi-channel marketing communications company, has announced the hire of Matt Flippen as President & Chief Operating Officer. In his new role, Mr. Flippen will be responsible for managing the day-to-day operations at the Company’s facilities in New Jersey, Florida and Southern California.

Matt is an accomplished commercial print industry executive with over 20 years of experience. He has held various leadership roles throughout his career, most recently as a Vice President of Sales at RR Donnelley, where he led 15 sales teams across the country. Prior to this, Mr. Flippen was Plant President at The Hennegan Company and Plant President at several other Consolidated Graphics (“CGX”) operating companies.

“Matt has a deep passion and commitment to customer experience which aligns well with the culture of Sandy Alexander, and I look forward to working together,” said Mike Graff. Trent Cunningham and Jon Biro added, “Matt has a proven track record of establishing and driving operational excellence in the marketing services industry. We are excited to leverage Matt’s expertise, and we welcome him to the team.”

A Reflective of My Print Journey