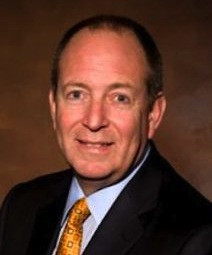 Fresh on the heels of its acquisition of Dinetec last week — and another industry acquisition that will be announced shortly — Clifton, N.J.-based Sandy Alexander has acquired Designers’ Press, an Orlando, Fla., commercial printing company that caters to the hospitality markets, such as theme parks, time shares and vacations. Founded in 1990, Designers’ longtime owners, Dave Simons, president and CEO, and Dan Wolfe, VP of operations, will continue to lead and expand the footprint of their roughly 50-employee operation.

“We plan to expand our presence and our commitment to the greater Orlando business community by immediately investing in new equipment and creating employment opportunities," Graff says. "Designers’ has an outstanding reputation for service and quality that they have cultivated over many years. Their manufacturing operation and approach to business are a perfect complement to Sandy’s platform and ‘customer first’ philosophy.”

According to Graff, about 10 to 15 new employees —including salespeople, CSRs and operators — will soon be added to Designers' Press employee roster. Additional planned CAPEX investments also include new digital and wide-format printing equipment.

According to the equipment list on Designers' Press website, the firm currently operates an HP Indigo 7800 and a Ricoh Pro C7110 digital press; a six-color, 40˝ Mitsubishi sheetfed offset press; as well as six- and a five-color, 40˝ Komori Lithrone sheetfed presses. Full bindery capabilities include a range of gear, including MBO folders and a six-pocket Muller Martini saddle stitcher.

Graff also points to overall health of the Orlando and Tampa/St. Petersburg areas as a driving factor for the acquisition — and the enhanced value that Designers' Press production capabilities will bring to Sandy Alexander's existing Florida operation.

According to John Glick, who leads Dinetec,  “Sandy, Dinetec and Designers’ combined are a powerhouse of technology, bringing higher quality service and innovation to the restaurant industry. Having a high-quality manufacturing site for sheetfed, digital and wide-format in the Orlando area is extremely beneficial.” Glick was a former employee of Central Florida Press, which announced its closure yesterday, impacting about 145 workers. (Glick had departed Central Florida Press at least eight months prior, totally unrelated to the acquisition of Dinetec by Sandy Alexander.)

Ranked Number 45 on the most recent Printing Impressions 400 list of the largest printers in the U.S. and Canada based on annual sales volume, Sandy Alexander reported $108 million in revenues for its most recently completed fiscal year, a 7% increase over the prior year. View the complete PI 400 rankings here.

These two acquisitions, combined with the M&A deal still to be announced shortly, will surely drive Sandy Alexander's sales figures even higher.