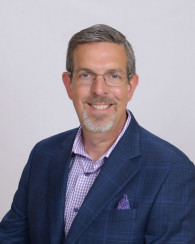 Runbeck Election Services, an elections services company focused on delivering election printing, equipment, and software solutions, announced that Jeff Ellington has been promoted to Chief Executive Officer. He has provided leadership and direction for over a decade in the elections industry, driving improvements of processes while maintaining peak quality standards. Most recently, as President and Chief Operating Officer, Ellington oversaw Runbeck Election Services’ exponential growth during the 2020 election cycle.

“It is a true honor to take on this role of CEO at Runbeck Election Services,” said Jeff Ellington. “I thank everyone for their trust in my leadership and look forward to working with our employees, customers, and partners in continuing to execute our mission to ‘defend democracy.’”

With Ellington ascending to the role of CEO, former CEO Kevin Runbeck will maintain day-to-day duties while assuming the role of Chairman of the Board at Runbeck Election Services. Having taken Runbeck Election Services from a small printing business to a full-service elections company, Runbeck will continue to use his decades of experience in the election industry to advise the company’s executive leadership on best practices. He will also continue in his role to support and drive the culture of the company.

“Jeff is a well-respected leader at our company and within the entire elections industry, it is my pleasure to have him step into the role of CEO and continue to build on Runbeck’s stellar track record and reputation,” said Kevin Runbeck. “I trust that Jeff’s leadership and experience will help ensure the continued long-term success of Runbeck Election Services.”

Ellington joined Runbeck Election Services in 2011 as Vice President of Vote by Mail, and in 2012 he became the Vice President of Field Operations. Since 2015, he has served as Chief Operating Officer and assumed the role of President in 2016. Prior to joining Runbeck, Jeff was the Worldwide Customer Service Manager at MailCode Inc. as well as Product Manager for Pitney Bowes. With multiple years of hands-on experience in elections, he focuses on achieving the highest customer satisfaction and pushing innovation throughout the entire Runbeck team. He champions the Runbeck Lean Manufacturing initiative and consistently refines the strength and cohesiveness of current activity for the future success of all teams and clients.

As the coronavirus pandemic started spreading across the United States in March 2020, amid the 2020 primary election schedule and just before the general election later that year, Ellington accurately predicted an increased demand in vote-by-mail services. He immediately reached out to his suppliers to purchase more machinery that would dramatically increase Runbeck Election Services’ capacity for vote by mail services. This move was critical as the company completely filled all their added capacity and were able to help new jurisdictions implement vote by mail programs to allow their constituents to safely vote during the pandemic. In comparison to the 3.8 million ballot packets produced for the 2016 general election, Runbeck Election Services printed more than 35 million ballots and mailed more than 16 million ballot packets for the 2020 general election.

“I’m excited for our future.  Following this most recent election cycle, our company is well positioned to continue offering the highest level of service and products to help jurisdictions across the country seamlessly run elections,” added Ellington.

Jeff is a graduate of Purdue University and former Indiana resident. He and his family now live in Scottsdale and enjoy the outdoor lifestyle that the Southwest offers year-round.