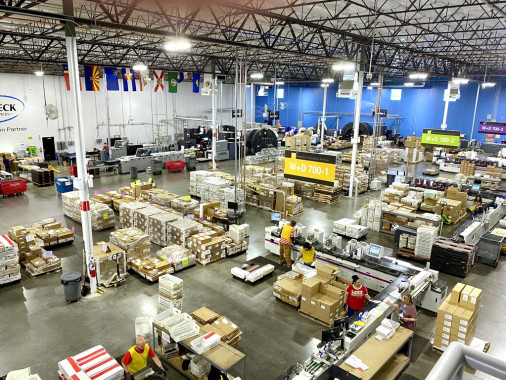 Following the full completion of the 2020 election cycle, Runbeck Election Services (Runbeck), an elections technology and services company focused on delivering election printing, equipment and software solutions, announced it had successfully completed its most wide-reaching election cycle to date.

For the 2020 election season, Runbeck’s vote-by-mail services and other election products and technology reached more than 70 million voters in over 21 states and the District of Columbia—more than one-third of the estimated number of registered voters in the United States. Through all the primary, general and runoff elections, Runbeck printed more than 80 million ballots and mailed more than 40 million ballot packets.

“Having worked in elections for nearly five decades, the 2020 election cycle was one of the most challenging and unprecedented election cycles with the onset of the coronavirus pandemic,” said Jeff Ellington, CEO at Runbeck. “As we review our work over the entire cycle, we are thrilled that we were able to help more jurisdictions than ever before execute accurate and secure elections.”

Even with the exponential growth, Runbeck reports that this election cycle was extremely streamlined, and that they were ultimately successful in delivering ballots and services as requested by their partners.

“Following any election, our ultimate measure of success is the highest possible level of accuracy for our partners,” said Ellington. “The fact that we were able to help so many jurisdictions deliver timely and accurate elections at such a large scale is a testament to our diligent team who are dedicated to defending democracy and protect every vote.”

Related story: Jeff Ellington, of Runbeck Election Services, Describes Growth and Integrity of Vote by Mail During the 2020 Election