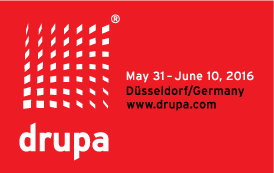 MARIETTA, Ga. — April 22, 2016 —  Graphic Systems North America (GSNA), the authorized distributor for RMGT (RYOBI MHI Graphic Technology) sheetfed offset presses in North America, will showcase the latest innovations from RMGT at a Pre-drupa Customer Event on May 10, 2016. Senior executives from the RMGT corporate offices in Japan will be present to share industry insights and provide a glimpse of the new innovations that will be displayed at drupa 2016. The event will be held at Metzgers Printing + Mailing, providing attendees the added benefit of seeing live press demonstrations on the largest and most highly equipped RMGT 9 Series press in North America.

“Many printers in North America will not be able to attend drupa 2016, so we are thrilled to host an event that will provide a preview of what will be unveiled in Düsseldorf,” states Chris Manley, president of Graphco, Midwest distributor for RMGT. “Metzgers Printing + Mailing is a great venue for our event as their production environment leverages the best technologies in digital and offset printing. Offset printing will still play a major role in the production supply chain for today’s media mix. By running live jobs throughout the day, printers will see how RMGT innovations provide offset quality at digital quantities.”

Highlighting the day’s agenda, Yuzuru Ichimasa, president of RMGT, and Kozac Takata, manager of international sales and marketing, will discuss the plans of RMGT at drupa 2016. RMGT will be exhibiting at drupa 2016 in booth D24 in Hall 16 at Messe Düsseldorf, Germany from May 31 to June 10, 2016. The theme of the RMGT exhibit will be “IRODORI — Coloring the World Together.” The booth will feature three press models: RMGT 9, 8-up offset press, RMGT 10, 1,050 mm format offset press, and the new RMGT DP7, B2-size liquid toner type digital offset press being jointly developed with Miyakoshi Printing Machinery.

“Successful commercial printers are getting their arms around the production and economic parameters of offset and digital printing,” continues Manley. “Our live press demonstrations will validate the role offset will play in economically turning short run jobs, while providing all the benefits of offset printing.” The RMGT 9 series press at Metzgers Printing + Mailing is the largest and most highly equipped machine of its kind in North America and features the entire suite of RMGT Smart Insta.Color process automation plus best in class energy efficiency. RMGT’s LED UV, Hi-Cure UV and IR Drying technology provide maximum flexibility addressing a wide variety of production needs.

The event will be held on May 10, 2016 at Metzgers Printing + Mailing (207 Arco Dr., Toledo, Ohio). Pre-register to attend at: http://www.ryobimhi.com/predrupa.html

About Graphic Systems North America (GSNA)
GSNA delivers exclusive access to the RMGT 9 Series, 7 Series, 5 Series, and 3 Series line of offset presses for commercial, packaging and in-plant printers in the U.S. and Canada. It also provides immediate technical support and parts fulfillment. Formed in July 2013 with co-headquarters in four U.S. states and two Canadian provinces, the GSNA group has more than $60 million in revenue and constitutes the single largest offset press sales and service team in North America.