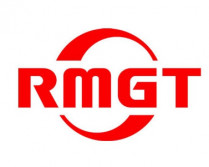 RMGT, manufacturer of the leading 8-up sheetfed offset press in North America, announces that they will be running live print jobs at the PRINTING United Expo 2022. RMGT has been running live press runs at major trade shows since 2015. As a featured stop on the “Commit to Print” World Tour, RMGT will launch their new 8-UP+ RMGT 970 offset press at PRINTING United Expo, the largest gathering for printers in North America held at the Las Vegas Convention Center on Oct. 19-21.

With the press running live demonstrations every hour of the show, RMGT will highlight the new reality of how the gap of short run print jobs has shifted from digital back to offset. Additionally, the new 8-UP+ RMGT 970 joins the successful 9 Series family of offset presses from RMGT that are the North American 8-up market leader in bridging the gap between a half size press and 40-inch press.

“We are excited to include the PRINTING United event in Las Vegas as part of the RMGT Commit to Print World Tour,” states Chris Manley, President of Graphco, Midwest and Southeast Distributor for RMGT. “RMGT’s commitment to live press demonstrations during large industry events continues in 2022 with the North American launch of our new 8-UP+ RMGT 970 offset press. Our ability to install a four-color, 8-up press for a three-day show is testimony to one of the additional benefits of the RMGT 9 Series press: the smallest footprint of an eight-page sheetfed offset press in the industry.”

“We are seeing a surge in interest of commercial printers who need to upgrade their aging sheetfed offset press operations,” states Kian Hemmen, Director of Sales, Print & Finishing Solutions, Western US Distributor for RMGT. “Visitors will see the new RMGT 970 press which features the latest in offset press technology with instant LED-UV curing and greatly reduced makeready. Over 80% of RMGT 9 Series presses running in North America are manned with a single pressman.”

“Different stops on the Commit to Print World Tour featured plants that have recently installed the RMGT 10 Series press,” states Lloyd Molloy, Director of Customer Service, RM Machinery, RMGT distributor for Canada and USA and authorized sales and service for new RMGT 10 Series and legacy Mitsubishi presses in North America. “RMGT is satisfying a pent-up demand for new presses combined with state-of-the-art technology to assist packaging printers. By the time we get together at PRINTING United, in 2022 we will have sold and installed seven new RMGT 10 Series presses along with three of the RMGT 970 with the “Mitsubishi DNA” at packaging plants and commercial printers doing light packaging printing in the USA. It appears that the RMGT 970 and RMGT 1060 presses are the right presses, at the right price, at the right time.”

RMGT will be exhibiting in booth N801 in the North Hall of the Las Vegas Convention Center. For free registration to this event visit: https://www.ryobimhi.com/printing-united-2022.html