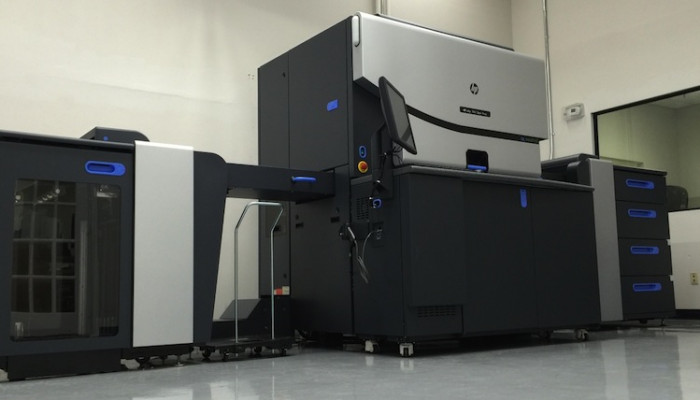 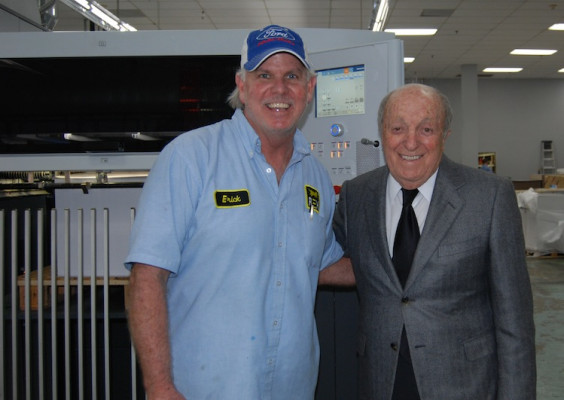 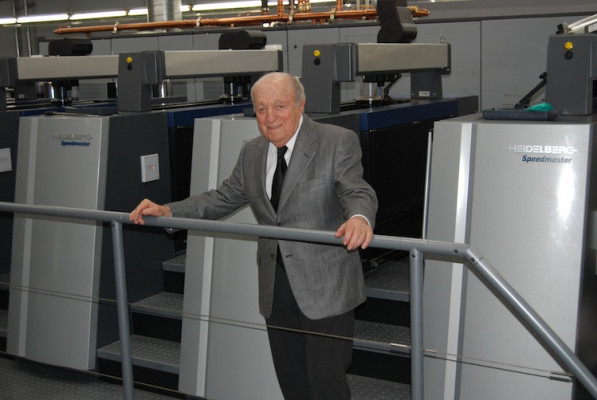 Julius Miller, the founder of Rex 3, stands in front of the Heidelberg Speedmaster XL 106.

SUNRISE, Fla. —August 23, 2016 — Rex 3, one of the top commercial printers in the country, installed HP Indigo 7900 as part of a $5 million-dollar equipment upgrade. The variable data, five-color digital press is one of the fastest 13x19" available, printing at 9,600 color pages per hour and can print on stocks as thick as 18-pt., including plastic and foil while covering 99% of the Pantone color range. The HP Indigo 7900 complements the recent installation of a Heidelberg Speedmaster XL 106 and further expands Rex 3’s commercial printing and packaging capabilities.

“While the variety of new enhancements versus the previous model were selling points including a 40% increase in productivity due to software improvements, the quality of print from the HP Indigo 7900 was our determining factor in selecting HP,” remarks Steve Miller, CEO of Rex 3. “Color matters and the press can hit spot colors with 99% accuracy,” he adds.

Rex 3 can offer unique print options such as the ability to print in white, invisible red and fluorescent pink ink respectively. “The HP Indigo 7900’s versatility is a value added benefit to our customers,” comments Howard Shusterman, COO of Rex 3. “The Indigo's ability to print with white ink, for example, allows Rex 3’s customers increased substrate flexibility and options using dark, transparent or plastic substrates that wouldn’t otherwise be available.”

Rex 3's 60-year record of success and continued growth is due management’s vision, strong financial controls, and continued strategic capital reinvestments. Rex 3 is a full-service 120,000-square-foot, 200 employees strong commercial print company that thrives because of its people, traditions, and its continuous evolution.