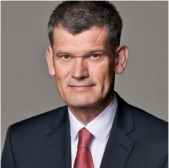 COLOGNE, Germany - June 29, 2018 - After the request of the management of the Zanders GmbH, a Ber­gisch Glad­bach, Germany-based paper manufacturer, for opening of insolvency proceedings, the Cologne District Court appointed lawyer Dr. Marc d'Avoine to be the appraiser on June 22, 2018 and then to the provisional insolvency administrator in the insolvency opening proceedings Zanders GmbH. In addition, enforcement measures are prohibited.

The restructuring process continues. Restructuring Director Igor Ferlan and external consultants are managing Zanders in collaboration with lawyer d'Avoine and his team. Everyone involved is optimistic that they will be able to create a stable future for Zanders.

In 1829, Johann Wilhelm Zanders founded the company in Bergisch Gladbach, Germany. Zanders still operates the Gohrsmühle paper mill there today. The company was exclusively a supplier of special papers until the end of the 1980s. As of 2012, it began offering graphic mass papers. Over capacity in the paper market and progressive digitization led to a considerable fall in the price of paper products. In addition, the one-product strategy under-utilized machinery, over-dimensioned infrastructure and decrease in human capital have been major causes of the company's crisis.

Following the acquisition of the company by the current shareholder Mutares AG in May 2015, with support of the employees, important restructuring successes were achieved, bottlenecks were eliminated and processes were significantly improved. Despite sales growth of an average of 12% between 2015 and 2017, price increases for the required raw materials (pulp, chemicals and coal for the company's own power plant) had a negative impact on the way to restructuring. In the past 12 months, the cost of these raw materials has risen by more than 40%.

The assets of the capital assets of the Zanders company are currently being collected and evaluated in an objective manner. At the same time, an inventory is being carried out. Claims are recorded, examined and evaluated, which will take weeks to complete. The work on the business plan and the restructuring concept is underway, with an initial interim result expected by the end of July 2018. Mutares AG continues to support the restructuring in the interests of all involved.

Zanders currently employs about 500 employees and 22 apprentices. The business operations are fully continued in order to obtain the possibilities for a reorganization. The management and the workforce as well as key suppliers and customers have already signaled support for the continuation and reorganization. Wages and salaries are secured through the insolvency payments up to and including August 2018. We will inform you soon about further insights and steps.