A record number of packaging and print specialists from across the globe have descended on Nashville on Monday, as Music City becomes EskoWorld for the next three days.

More than 550 delegates and 19 sponsoring companies are in town for the largest technology-focused event in the packaging industry, EskoWorld 2019. With a huge selection of workshops and presentations to showcase the benefits of technology advancement and automation, the annual event – which brings together brand owners and their suppliers from around the world and across the industry - has taken up residence at Gaylord Opryland Resort and Conference Center from June 24 to 26.

Esko President Mattias Byström opened the event with a speech outlining the current landscape of the sector, explaining how Esko is constantly developing new technology to meet the demands of a rapidly changing industry. Byström spoke of the challenges facing the sector; from increasing regulation on a worldwide scale to the ever-growing variation in colors and physical media being demanded. But rather than painting a bleak picture, he showed how these challenges actually represent an opportunity for growth, with Esko focused on enabling 'packaging heroes' who can uphold trust in their companies’ capabilities, and thereby in the entire packaging value chain, to drive the industry forward.

“More than half a million professionals rely on Esko solutions, with many of our customers regularly using technology and hard-earned expertise to overcome the immense pressures of time, cost, risk and volume,” said Melissa Plemen, Esko Director of Marketing North America.“Whether packaging designers, who creatively overcome multiple, often clashing, constraints to maximize value and design a pack that pleases multiple stakeholders, or prepress specialists who use deep knowledge and automation to defy the pressure of time as they translate designs into manufacturable files, EskoWorld is a great opportunity for everyone to showcase and learn from the best.We’re working together with these ‘heroes’ to build trust in packaging, which is why we chose to honour five particular individuals at EskoWorld,” she said.

During Mr Byström’s morning presentation, he singled out:

All five were honored for their contributions to the industry.

“Our five chosen packaging heroes each break down barriers, drive efficiency and make a real difference to their businesses and it was a privilege to highlight their achievements in front of hundreds of their peers from across the sector,” said Melissa. "We have a record number in attendance this year and are absolutely thrilled that so many of our customers and partners have joined us to make this such an incredible success.” 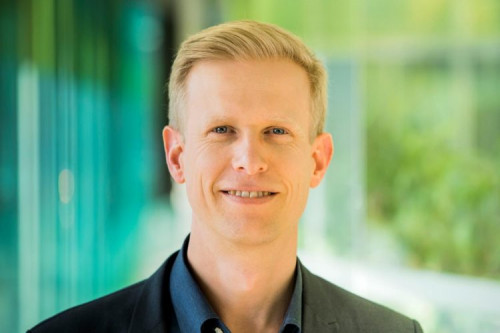 EskoWorld 2019 offers the biggest-ever program of sessions and seminars with specialists from across the global Esko network and its customers. Now in its 28th year, EskoWorld is a unique event providing a platform for the entire value chain to interact and exchange ideas in an open and friendly atmosphere, ultimately learning about solutions for challenges they have in common.

The packed three-day event features more than 70 speakers, with attendees learning how they can gain new capabilities and use the very latest Esko tools to deliver error-free packaging for their customers, faster than ever before. Speakers include Mark Johnson, a Grammy winner, film director, and motivational speaker, and Ryan Baysa, the Structural Packaging Designer and Lab Lead at Lumi. The keynote speech at this year’s event is being delivered by Robert B. Tucker, President of The Innovation Resource – the California-based consulting firm devoted exclusively to assisting companies seeking to improve top and bottom-line performance through systematic innovation.

“The first day of EskoWorld has been a massive success,” said Melissa. “Attendees have been meeting with Esko experts to solve problems, create solutions and make valuable connections with one another. We are looking forward to the keynote speaker and the sessions over the next two days, where we will continue to innovate together.”