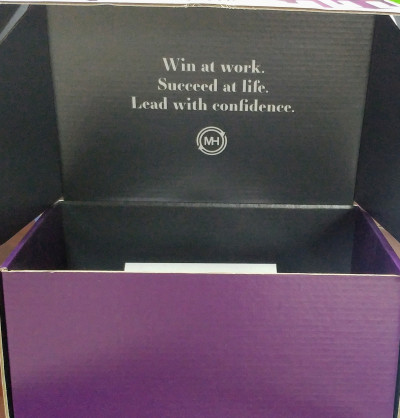 Dave Kennedy, owner of Southern Carton, had his eye on expanding the capabilities of the 42-year old traditional industrial packaging company in hopes of satisfying existing customer requests for retail-ready and point-of-purchase (POP) displays. The family owned and operated third generation solutions company based in Lewisburg, Tenn., specialized in two-color flexo, two-color die-cutting, one-color jumbo boxes, assembled partitions and even added wide-format labelling to the mix in 2015, but did not have in-house resources for high-graphics opportunities.

“We also had no control over meeting the customers’ objectives such as timing, quality and pricing, if we outsourced the work,” says Scott Fray, sales manager at Southern Carton.

Kennedy was in search of equipment that would solve these issues, but also had his eye on the future — one that would change the landscape of the printing industry and blur the lines of market segmentation.

With all of this in mind, Kennedy turned to the Inca Onset X3, distributed by Fujifilm in the U.S., a full-bed wide-format UV inkjet flatbed printer with a maximum throughput of nearly 10,000 sq. ft./hr. — a machine that would spit out quality work quickly and at a good overall cost.

The Onset X3 technology would create an opportunity to differentiate themselves among their peers and Kennedy recognized that Southern Carton had the ability to create a new sales pipeline. “He saw that choosing Fujifilm would allow us to increase revenue opportunities not only in POP but also non-corrugated substrates,” Fray explains.

Before landing on the X3, Kennedy and the Southern Carton team did their due diligence and researched the options, attended trade shows to see what was available and what would best fit the company’s needs, visited with different companies that had existing digital equipment and went to multiple manufacturers. Kennedy felt the Onset X3 would be the best fit because of it’s speed, flexibility of substrate surfaces and ability to print white.

Nothing changed internally once the machine arrived, but the company foundation is built on speed to market. Every quote, design and production turnaround time is measured in minutes, not days. “Fujifilm was instrumental in educating the entire staff on the nuances of what it takes to turn a job on the X3 platform, so it would seamlessly incorporate into our normal day to day operations,” Fray says. “We made sure that someone in the organization took 100% ownership.” GM Jim Henderson took responsibility on estimating, Special Projects Manager Eugene Peek took ownership in maintenance and production, and Fray embraced the sales challenge. 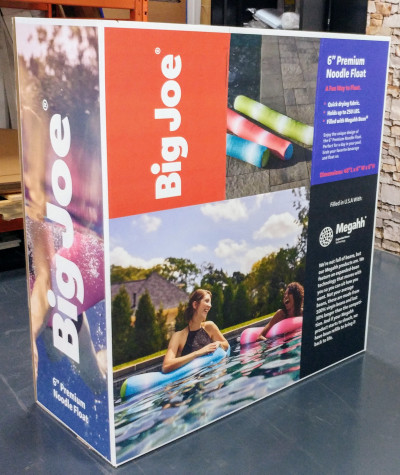 Southern Carton didn’t set high expectations when starting out. “We knew we needed to crawl before we walked so we did a lot of trial runs with customers so we would be comfortable with how fast we could operate under normal business constraints,” Fray says.

The biggest challenge, or change, for Southern Carton once the Onset X3 was brought in were the unlimited varieties of substrates available. “Fuji was a huge help in understanding the different types,” Fray says. “Our customers were invaluable in assisting us in why they preferred one substrate over another.”

Getting quotes and delivery on substrates quickly posed a problem at first for the company. “We are used to turning quotes quickly,” Fray notes. Southern Carton started to inventory more substrates and started developing new relationships with substrate providers to help close the gap in turning quotes so they could continue their foundation of speed.

With the speed and flexibility of the Onset X3, the company is able to accept many new jobs and turn them around in the same day, or within 24 hours.

Southern Carton recently completed a job for a client that included printing large quantities onto a fiberboard-type substrate, with profiles such as crosses, shadow boxes and plaques. The job originally was riding an eight-week production timeline, and a vendor in China was involved. Unfortunately, the job was continually put on backorder. When the client turned to Southern Carton, the Onset X3 came up to the plate and hit a homerun. With the Onset X3, Southern Carton turned the job around in a week, and with much better quality. The client is paying the same price for Southern Carton’s output compared to its vendor in China, so it’s a win/win/win all around.

The Onset X3’s innovations are helping Southern Carton get to where it couldn’t before. “With regard to our close proximity to Nashville, we’re trying to get involved within the country music industry,” Kennedy says. “We’re also looking at wineries and craft breweries and distilleries. We are targeting potential clients who traditionally don’t want to order 1,000 of this and 2,000 of that; they want 50 of this and 100 of that. The Onset X3 is a game changer for us.”

The Onset X3 also has helped Southern Carton grow from its regional base. “That has been a great selling feature for us,” Kennedy says. “A client in San Francisco asks us to run a job that might typically be done 150 to 200 miles from its plant. With the high-speed output from the Onset X3, we can ship to clients anywhere and everywhere.”

Southern Carton recently completed a rush order consisting of 200 corrugated sheets printed within the same day. “Our customers have come to expect a very quick turn,” Kennedy says. “It’s now a precedent. That’s the way we built our business. Our clients know what we can deliver on the box side, and they expect us to deliver on other output, too.”

To start, Southern Carton, reached out to its existing partner base. By investing in digital, the company has been able to create new revenue streams within these partners such as signage, displays (semi and permanent), test market packaging and end of life packaging, to name a few. There has been a demand for various wide-format applications such as retail-ready wood products, acrylic displays, plant signage and retail-ready packaging concepts. 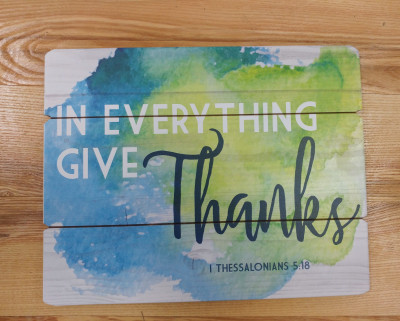 Wood planks? Nope! This rustic retail sign was made for an
e-commerce retailer using an MDF substrate of multiple depths and printed on the Fujifilm Onsex X3. Credit: Southern Carton.

The Onset X3 can still help Southern Carton’s existing packaging customers and their packaging needs, too. The company increased engagement with marketing and sales departments of these clients to help them best understand where this new technology would benefit their organizations. “We showed them that digital has a cost advantage for both the beginning and ending of product life cycles with no plates, dies or minimum runs,” says Fray. “It is extremely flexible in the way it reaches different target audiences.” On the corrugated box side, the X3 can assist, as well, with boxes, signs and product boxes.

What’s in store next for Southern Carton and it’s new digital wonder? Fray says they are looking into going into eco-friendly store signage with re-purposing existing substrates multiple times by changing the graphics and using reverse logistics through normal supply lines.