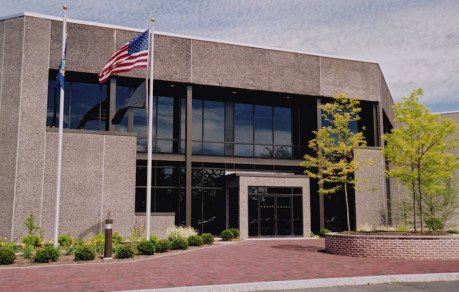 With a workforce expansion of 20% in a little more than two years, Quad/Graphics' Saratoga Springs, N.Y., plant has announced an additional expansion with plans to hire more employees in May and June of 2017, according to The Daily Gazette. While it is not reported exactly how many employees will be hired just yet, the new hires will be essential in gearing up the Saratoga Springs Plant for its busy season, which is the second half of the year.

The growth that the mega plant has experienced so far is a result of a consolidating acquisition, along with several strategic investments.

“Following a consolidating acquisition, we look to transition work to our most productive platforms where we can achieve the greatest manufacturing and distribution efficiencies. Saratoga Springs is one of those platforms,” Claire Ho, Quad/Graphics' director of corporate communications, told Printing Impressions in a follow up conversation. “Since opening in 1985, our Saratoga Springs plant’s platform has benefited from ongoing investment and, today, features some of the most advanced printing and binding equipment and automation in the printing industry.”

Quad/Graphics’ Saratoga Springs, N.Y., plant was the company’s first plant outside of Wisconsin and was opened to help bring the production closer to its customers. Today, with more than one million sq. ft. of manufacturing space and 900-plus employees, the mega plant extends the company’s reach into the Northeast, where many of the nation’s top catalogers and publishers are concentrated. According to the Gazette, the Saratoga Springs plant prints the popular U.S. magazine titles Time, People and Sports Illustrated. On the retail end, the plant prints the catalogs for LEGO, Lord & Taylor and Dover Saddlery, and produces retail ad inserts for brands such as CVS, Hannaford and Lidl. The plant is also one of the largest employers in the community.

According to the Gazette, in 2016, the Saratoga Springs, N.Y., plant turned nearly 330 million pounds of paper into magazines, catalogs and advertising inserts totaling approximately 77 billion pages. In six years, production increased by 26% — from 61.2 billion pages in 2010 to 76.9 billion in 2016.

At the helm of the Saratoga Springs plant is Dan Frankowski, plant director, who will begin hiring full-time, part-time and some seasonal positions. Addressing the need in the printing industry for skilled employees, the Saratoga plant offers training for its employees and an apprenticeship program for students. “We are excellent at training,” Ho told the Gazette. “If you do not have the skills, we will teach them to you.”

According to Frankowski, the Saratoga plant’s apprenticeship program works with students from local high schools, and teaches them the art and science of printing. They gain real-life experience and universal skills in advanced manufacturing and are assigned a mentor.

Frankowski participated in a similar program though his high school when he was 16, which helped him to both propel and excel in his career in the printing industry. “If you've got the passion and the work ethic and want to grow yourself, it's a great company,” he said.

Frankowski told the media outlet that entry-level employees start at $13 an hour and can move to $16 in their first year. Skilled and experienced employees make $70,000, or more, per year.

Following on the heels of its continued growth and initiatives, the Saratoga Springs plant recently took advantage of National Grid’s Energy Efficiency Incentive program and installed equipment to boost production at the facility and to help it save more than 4.3 million kilowatt hours of electricity. The upgrade will save Quad/Graphics more than $380,000 per year in energy costs while helping it increase production to stay competitive.

National Grid provided $1.1 million to Quad/Graphics to install a more efficient printing press that replaced two older presses and has increased production by more than 60%. This incentive is the second largest single incentive provided by the upstate New York program since its start in 2009.

Overall, Quad/Graphics operates more than 70 print-production facilities throughout North America, South America and Europe. The company was ranked #2 on the 2016 Printing Impressions 400, the industry’s most comprehensive list of the leading printing companies in the U.S. and Canada ranked by annual sales and has held that position for the past seven years, second only to RR Donnelley.

Guy Gecht Has a Fireside Chat with Joel Quadracci