For Printing Industries of America’s President & CEO, Michael Makin, you can’t talk about trends in the print industry without also taking into account the events and environment going on in the rest of the world. No industry is an island, and there is no denying that what happens elsewhere resonates and impacts printers on every level. 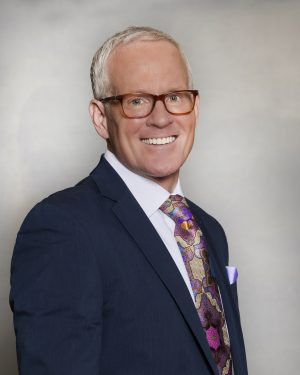 “Right now the political environment is the key driver of trends,” says Makin. “The biggest question mark facing print right now is everything going on in Washington regarding tax reform (corporate and individual), health insurance reform, postal reform, and trade policy. The mix of these policy outcomes will shape the direction of the economy for the foreseeable future, and will have a direct impact on print volumes.”

He went on to take a closer look at the economy, in particular, and how the next few years could play out, depending on what factors actually end up being relevant. “The current economic recovery is now over eight years old—one year beyond the normal post-war average,” he notes. “Also, the second year after a Presidential election is generally twice as likely as the other three years to slip into recession. PIA’s economic outlook is for the economy to continue to grow at a modest pace. However, if there is meaningful corporate tax reform, the economy would likely accelerate beyond our recent two percent growth trend—a 20% chance according to our outlook. On the other hand, continued political gridlock could cause the next recession, a 30% likelihood in our outlook, but probably not until next year if at all.”

So, what does that mean for the average PRINT 17 attendee?

“Knowledge of the overall economic, political, and print market environment is always important in managing a business, but it is even more important in times of change and increased risks, and we are certainly in those times today,” stresses Makin. But for attendees of PRINT 17, there are some actions you can take right now, while at the show, to help position the shop for the best possible future—no matter what the economy or government ends up doing. He gives three strategies to make the show as productive as possible: