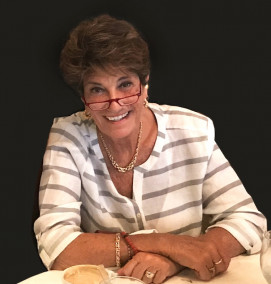 NEW YORK - Anyone affiliated with the graphic arts industry in the New York/northern New Jersey metropolitan area is aware of, and likely knows or at least has met, Diane Romano. An industry stalwart for nearly 50 years - who often lead and served as the master of ceremonies for various industry gatherings - Romano will officially retire at the end of this month as the president and CEO of HudsonYards Studios. A special retirement party to honor her career will also be hosted by LSC Communications in Manhattan on Feb. 8.

Before Romano’s departure to begin the next chapter in her life, I had the opportunity to reminisce with Romano about her lengthy industry tenure - including from the standpoint of the technological changes she has witnessed during the past half-century; Romano’s unwavering commitment to industry education and recruitment, including attracting women to serve in managerial and production-related positions; how Romano views the role of print in the current cross-media landscape; and her post-retirement plans.

PI: You’ve had a remarkable 50-year career in the printing industry. What major roles and organizations did you serve during that time period, and what’s been key to your longevity?

ROMANO: I actually think that I have had the same job my whole life ... we, the job and I, just grew together. It started in February 1969 at PPI, one of the first computerized typesetting companies. That in itself was groundbreaking: we were using computers to set type - only one typeface at a time in the beginning - but still ... computers!

So, I ran PPI and we did some groundbreaking work, especially with two big clients: Newsweek and US News and World Report. That moved us into being a bigger company to handle their type and production, and they invested in our company so we could all move the technology together.

We then got involved in combining text and graphics on computers. So, this larger company, owned by us (Steve Server, Byron Leeds and myself), as well as Newsweek and US News and World Report, bought Kordet Graphics (owned by Peter Faucetta). We combined the two companies and created Applied Graphics Technologies (AGT).

At this point, the major owners were Mort Zuckerman and Fred Drasner, and we were growing and moving technologically. They took the company public in 1996. We had built AGT into a $225 million company with the best client list and reputation, and NO debt. And, within three years we were a $600 million company with $400 million in debt. We rebranded it as AGT/Seven and then Seven Worldwide. Not the best story.

But then we took the company private, repackaged it and Schawk acquired it. Some Chicago investors bought part of the division I was responsible for, and that became HudsonYards, which is still alive today as a division of LSC Communications. This is at least a two-hour, two glasses of wine story!

PI: What were some of the biggest technological changes that you have witnessed?

ROMANO: The technological changes have been mind-boggling. We composed and transmitted the first magazine page with a black-and-white halftone in the late 1970s. We then designed and built a transfer board to allow us to scan four continuous-tone black-and-white prints of the color separation and then output at different angles. We put a four-color photo (not color accurate) on a transmitted page before anyone even whispered the name “Scitex!”

We ran a page fax operation to combine text, graphics and ads onto magazine pages, transmitted to six different printing operations simultaneously, which enabled us to produce weeklies in a fraction of the previous time. Then we did it internationally.

We built the first robust digital asset management system, the first photo CD scanning operation for a daily newspaper and an editorial system with a photo selection module. We were “state-of-the-art” with 300MB discs that looked like washing machines and printbox retouching stations that allowed us to create images which the camera could not capture. There was never a dull moment!

PI: What is your view on the prognosis of the future of the printing industry in general?

ROMANO: The printing industry is alive and well, but everything we do is not necessarily focused solely around print. It is just one of the mediums we use to distribute content - probably my personal favorite - but only one of the distribution channels used today. Things will never go back to how they used to be; they will become what they can be today and tomorrow.

Print is still everywhere, but information is boundless and people want as much info as they can get instantaneously, whether that’s in print, on the Web, via a smart phone or iPad, as well as Facebook, Snapchat, Instagram and every other media outlet. The printing industry is no longer the printing industry. It is the information distribution industry, and that is what it needs to be to survive.

PI: You’ve been a leading advocate for many years, encouraging women to enter the graphic arts industry as a career choice and to aspire and to assume roles in print production. Why have you felt that to be important for the benefit of our entire industry? 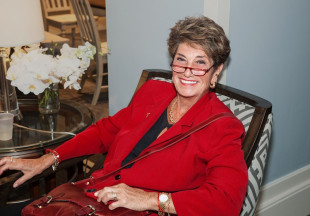 ROMANO: There really weren’t any other women in the business when I first started. There were some pretty terrific men (and even a few dogs), but the printing industry needed women. Our lives require diversity in every area.

Women comprise more than half of the world population, so certainly they were, and are, needed in business. Women bring sensitivity and intuition. They understand the unspoken word and can often resolve an issue before it explodes. Women bring strong team spirit and a feeling of togetherness. We use relationship building and communication skills to manage teams efficiently. We motivate to excel and encourage everyone to be the best they can be. These are important life and business tools.

Our male-dominated industry needed to better learn the importance of balancing professional and family lives, how to encourage men to be more involved with their families, and how to take on difficult challenges and deal with them with integrity and a results-oriented attitude. Strong willed, hardworking, purpose-driven women have been running families forever - that strength was, and still is, needed in the workforce.

PI: Along the same lines, how can the printing industry attract tomorrow’s leaders?

ROMANO: One of the areas that I devote time to is trying to help students to get a great education in our field. I spent 25 years on the NYU board for graphics management and technology, and the past four years on the Board of The Graphics Scholarship Foundation. We need to bring talented individuals into our workforce.

The printing industry needs to do more mentoring, internships and education to attract  strong minds to our business. We also need to help these students pay for their education. They are the future, but if we don’t embrace them, our industry will not excel.

PI: What plans do you have for the next stage of your life?

ROMANO: My next chapter will be as exciting as the previous ones, although this will be a very major change in my life. I have been running a premedia company for close to 50 years!

I am ready for my next stage. I orchestrated it. It is time and I’m very excited. I sold HudsonYards to LSC Communications to enable it to survive and thrive. I did not want this magnificent company that I helped to build - along with many great people - to just die on the vine. It was clear that as this industry evolved once again, we needed to reinvent ourselves once again. And this time, we really needed to be part of a larger entity. So, HudsonYards and its team are now part of a major initiative to deliver best-in-class premedia, technical and creative services as part of one of the largest client-focused companies in the world.