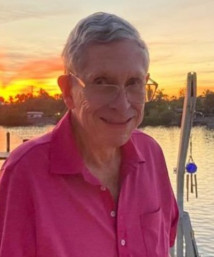 Herbert Marshall ("Skip") Sayers died Tuesday, May 3, 2022, at the age of 91, at his home in Nokomis, Fla. He was a Christian, a tireless innovator and business leader, loving son, husband, father, grandfather and a charitable philanthropist. He conducted himself with unending humor, unabashed optimism, and a zest to live his life to the fullest no matter what challenges come across his path. If you didn't recognize him by his deep, commanding voice, signature humor, his speed while passing you driving a coach, a Hummer, or a tank, you knew him by his attire; nearly every day he donned patriotic colors of red, white, and blue, but occasionally he liked to make a statement in his tuxedo dinner jacket made of his family's tie collection or his Scottish kilt.

Born in St. Louis, Mo., to Herbert Warren and Thirza Marshall Sayers in 1931, Skip spent his childhood growing up in the backdrop of the Great Depression, spending time in the family's printing business in St. Louis and its family orchard and ranch, Sayersbrook, in Potosi, Mo. Attending Thomas Jefferson School in St. Louis, Skip's charisma captured the hearts and minds of his fellow classmates and educators, where he served as Student Council President. At Iowa State University, Skip was (and will always be) an active Sigma Chi and he served as the Inter-Fraternity Pledge Class President as well as Chairman of Public Relations for VEISHEA, the largest student-managed festival.

After college and US Army service, Skip entered the printing industry where he excelled as President of the Sayers Communications Group, Inc. He ascended to leadership in the industry, presiding over the Graphic Arts Technical Foundation, the North American Graphic Arts Council, and the Society of Fellows. He continued his later career as a distinguished bison rancher at the Sayersbrook Bison Ranch and again took industry leadership as President of the American and National Bison Associations. He was also an active member of the Young Presidents Organization and later the World Presidents Organization.

Giving back to his communities, Skip dedicated himself to improving the lives of those around him through philanthropy and church leadership. He created and hosted "BisonFest," an annual fundraiser that gave over 200 scholarships for college to students from Washington County, Missouri. Skip served as a church Elder, Stephen Minister, and volunteer for Buddy Break, a program that helps children with special needs.

Skip is preceded by his two grandchildren, Thirza Nichole, and Herbert Samuel, and survived by his loving wife, Connie, daughters Suzan Bauer, Carrie, and Thirza, and sons, Herbert (Natalie) and Nicholas (Claire), and granddaughters, Josephine, Juliette, and Genevieve, and grandson, Andrew Bauer.