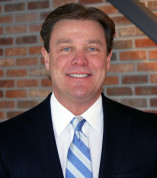 PostNet International Franchise Corp. (“PostNet”), a Lakewood, Colo.-based design, printing and shipping franchise with 660 locations in nine countries, has been purchased by MBE Worldwide, one of the largest third-party logistics, printing and communication service retail networks in the world with 1,600 locations globally. Financial terms of the transaction were not announced.

Brian Spindel will continue to serve as president and COO of PostNet, reporting to Paolo Fiorelli, chairman and CEO of MBE Worldwide. Steve Greenbaum, founder and former chairman and CEO of PostNet, will serve as a consultant to MBE Worldwide on strategic matters. PostNet’s headquarters and the existing team will remain in Lakewood, Colorado. The two companies will maintain their individual names and concepts.

Both franchise companies currently operate in the business services industry, offering shipping, logistics, printing, graphic design and postal services. The acquisition of PostNet gives Mail Boxes Etc. a strong presence in the U.S., and several other countries where the PostNet brand is well established and will continue to grow. Combined, the two companies will have an extensive reach of nearly 2,300 locations in 33 countries. The deal gives MBE Worldwide a U.S. franchise footprint through PostNet and, in turn, provides PostNet with a stronger global presence beyond the U.S..

MBE Worldwide acquired the worldwide Mail Boxes Etc. business — except for the U.S. and Canada locations, which remain under MBE Inc. — in May 2009 from UPS Inc. and its wholly-owned subsidiary, MBE Inc.

In 2001, UPS acquired Mail Boxes Etc. (MBE) Inc. In 2003, the two companies introduced The UPS Store brand. At that time, approximately 3,000 Mail Boxes Etc. locations in the U.S. (nearly 90% of the domestic U.S. network) re-branded as The UPS Store and began offering lower (around 20% on average) UPS-direct shipping rates.

The UPS Store centers remain locally owned and operated throughout the U.S., and continue to offer a variety of packing, shipping, freight, postal, printing and business services. 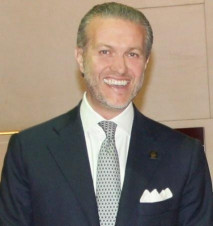 In addition, with the brand’s bricks and clicks business model, each PostNet franchise has both a physical storefront in the community, as well as an Online Print Center, offering customers the benefits of online transactions and face-to-face service.

MBE Worldwide is a family-owned, Milan, Italy-based holding company that originally started as a licensee of MBE Inc. in 1993. Mail Boxes Etc. is one of the world’s largest networks of retail centers offering logistics, printing, communication and business support services to business and private customers. The acquisition of PostNet in April 2017 expands the MBE franchise network to almost 2,300 locations in 33 countries and, based on 2016 results, combined system-wide annual sales of $580 million.

Neither PostNet, The UPS Store or MBE Worldwide franchises appeared on the most recent Printing Impressions 400 ranking of the largest printing companies in the U.S. and Canada as ranked by annual sales. The PostNet, MBE Worldwide system-wide annual sales run rate of $580 million would have placed the combined enterprise at Number 11 on the 2016 PI 400 list, behind Number 10 Ennis Inc. ($569 million in most recent fiscal year annual sales), but ahead of Number 11 IWCO Direct ($443.6 million). Other printing franchise organizations ranked high on the list include Number 18 Sir Speedy Print Signs Marketing ($299.97 million) and Number 19 AlphaGraphics ($299 million).

“This move marks the beginning of a new chapter at PostNet,” said Spindel. “Our acquisition by MBE Worldwide results in a new partnership with many opportunities to work closely with similarly-experienced colleagues to identify ways to accelerate growth and increase unit-level economics. Being part of a new global family furthers our mission to support entrepreneurs and small businesses everywhere.”

According to MBE Worldwide's Paolo Fiorelli, “The MBE Worldwide team was attracted to PostNet because of its entrepreneur-driven, franchisee-focused and people-centric business model, which mirrors our business and culture. Also, PostNet is a respected brand in the industry with a strong U.S. and international presence.”