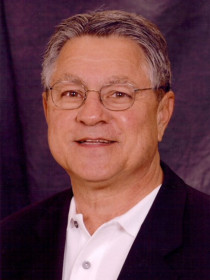 ALPHARETTA, Ga. - April 23, 2018 - James “Jim” Ghio passed away at his home in Fairhope, Alabama on Tuesday, April 17, after a brief illness. He was the first president of Peleman Industries USA, the well-known photo and office supply manufacturer. Jim, 71, was instrumental in bringing Peleman Industries’ US office¹ to Alpharetta, Georgia in 1998, and was one of the most recognized faces of “Unibind”, the brand that he helped make a fast-growing success.

CEO Brigitte Peleman-Vantieghem says, “The legacy of Jim Ghio is the higher sense of purpose he inspired in generations of Peleman employees. Jim sought always to understand customers’ needs. His approach to doing business, with such generosity of spirit, has had tremendous impact on his wide circle of customers and peers at Peleman Industries.”

James “Jim” Ghio served as Peleman Industries’ president beginning in 1998 and until his passing on Tuesday. He is survived by his wife, son, daughter-in-law, 2 grandchildren, and 4 siblings.

A memorial service was held at Fairhope Christian Church in Fairhope, Alabama.

In lieu of flowers, the family has asked that a charitable donation be made in Jim Ghio’s name, to:

James “Jim” Ghio received a BS in Economics from Loyola University, New Orleans, and shortly thereafter began a career as a commodity broker with the former Prudential Bache. He there became one of the company’s youngest vice presidents of commodity trading. Other positions included a tenure with Bowman Industries, and a period of time as the owner of a Post Net franchise in Fairhope, Alabama.

In 1991 Jim opened his office and photo supply distribution firm, carrying Unibind products. It was at that time that Jim Ghio and Guido Peleman began forging the deep friendship that would lead Jim to become a part of the Peleman family both at home and within the company, itself.