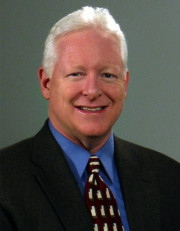 The Colortree Group has returned to its roots as a fully-owned, Richmond, Va.-based company when James “Pat” Patterson's Stingem Management Group LLC acquired Boathouse Capital’s stake in the company. Patterson, president and CEO of Colortree Group, is now the sole owner of the company.

In conjunction with Patterson, Boathouse Capital, a private equity firm, originally invested debt and equity to facilitate the management buyout and rollup of Henrico, Va.-based Colortree Inc. of Virginia and Graphics Innovations, of Richmond, Va., in 2011 in order to form the Colortree Group.

The Colortree Group subsequently acquired Richmond-based Direct Impressions in January 2013, which specialized in continuous forms, folded inserts and cut sheets. Direct Impressions' operations were eventually consolidated into Colortree Group in 2015. The company decided at the same time to disband its mailing operations so it could focus exclusively on direct mail manufacturing services for all components of a direct mail package.

Primarily serving the Mid-Atlantic region, the full-service sheetfed offset and non-heatset UV web offset printing specialist can create all components of a direct mail package, which are then sent to a mail house. Colortree Group also produces 4.5 million envelopes per day.

Under Patterson’s day-to-day management, Colortree Group has nearly doubled since 2011. Through acquisition and organic growth, the company has grown from 185 employees in 2011 to 235 in 2016. Revenues have increased from $32 million to $60 million. Now, as sole owner, Patterson is well-positioned to carry out his vision for the company, which he says is to be the best litho product provider in the direct mail industry. Himself the son of a print shop owner, Patterson's two oldest sons are also involved in the business serving in technology and facility/TPM maintenance roles, respectively.

In addition, Patterson has deployed the operating philosophy based on the Theory of Constraints (TOC), himself a certified Jonah in the discipline. TOC focuses on core problems, or constraints, which limit the system from reaching its full potential and works to optimize the system as a whole. This has been instrumental keeping the Colortree Group competitive in a highly competitive industry.

Patterson is looking forward to the next chapter for the Colortree Group as the sole owner, despite having a strong working relationship with his private equity partner these past five years. "When Boathouse Capital came in I told them my goal was to get them out — and I did it," he jokes. "I surprised them."