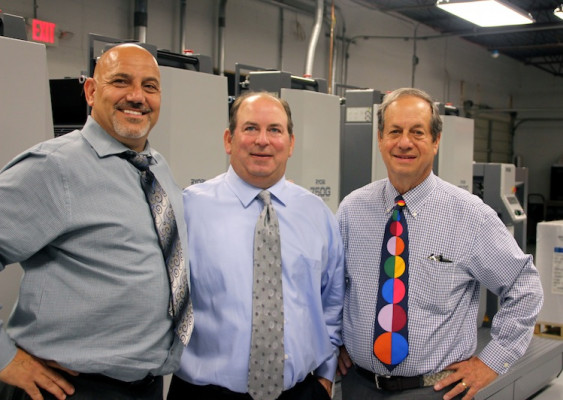 From the left, are partners Carl Piccari, Jim Rosenthal and John Rosenthal, standing in front of the new Ryobi 750G offset press. 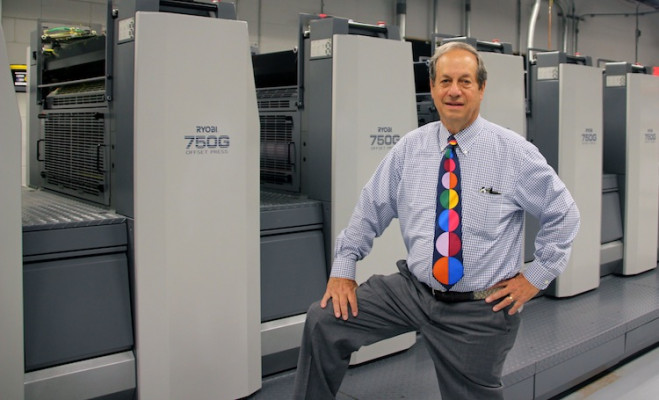 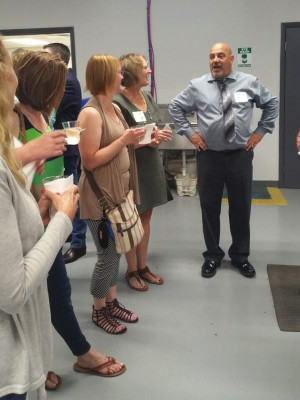 Carl Piccari talks with several customers and takes them on a tour of the pressroom. 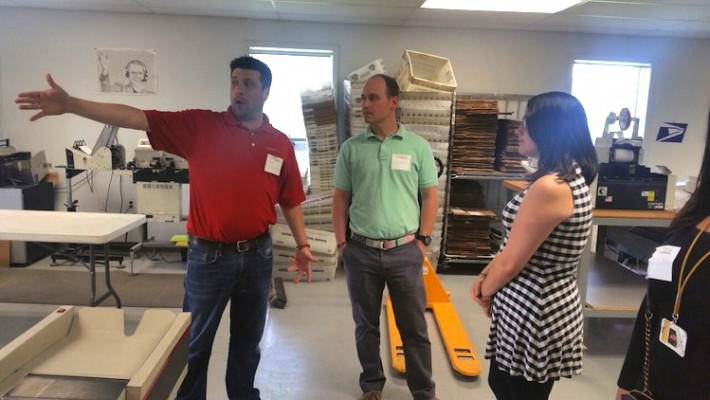 Jeff Rosenthal, John Rosenthal's son and mailing expert, takes customers on a tour of the company's mailing and fulfillment area. 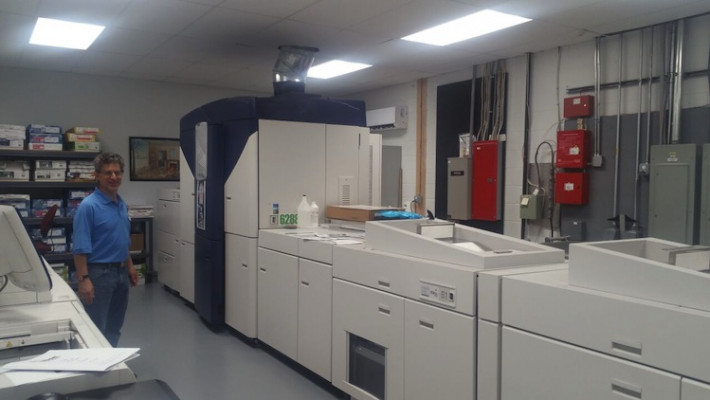 A view of the company's Xerox iGen4 digital press.

For John Rosenthal, president of family-owned commercial printing and mailing company Paradigm Digital Color Graphics in Southampton, Pa., printing is not just a job, but an industry that he has been passionate about for more than 40 years. Add to that the opportunity to work with family and friends, and it is clear to see why the business has been successful since it was founded in 1997.

Paradigm Digital Color Graphics' three partners have specific disciplines they each focus on — John Rosenthal is responsible for sales and marketing, Carl Piccari handles the manufacturing end, and Jim Rosenthal (John's nephew) serves as the CFO and in-house IT expert. John’s son, Jeff, handles mailing and fulfillment, and Piccari’s son, Anthony, plays an integral role in the company's bindery.

John Rosenthal says that maintaining these separate disciplines has been a key in the company’s success over the years and has also helped it to grow into a 34-employee operation. This approach also earned him recognition last year as a SmartCEO 2016 Philadelphia Family Business Award Honoree. He also received the prestigious Man of the Year award from the Graphic Arts Association for his service and dedication to the printing industry, as well as his contributions to his community.

"Having [business] partners is great. We meet, brainstorm and toss ideas around all of the time. We may not always agree, but we get along so well, that at the end of the night, we can all go out to dinner and have a good time.”

To celebrate its 20th year in business,  Paradigm Digital Color Graphics held a customer appreciation day yesterday with food, drinks, door prizes and a tour of the company’s new facility. The event drew a large turnout and tours were provided to showcase the company’s prepress, offset, digital and wide-format capabilities.

The company moved into the front building in March of 2016 and, at that time, installed a six-color Ryobi 750G sheetfed offset press with coater. To make way for the press and to make sure it would fit, the whole floor needed to be reinforced. The mailing and fulfillment facility (About Mail) moved into that space in the rear of the building. The Paradigm complex now comprises approximately 30,000 sq. ft. of manufacturing and storage space.

In addition to spotlighting the company's facility, special attention was given during the open house to the shop's Ryobi 750G sheetfed offset press. "The Ryobi 750G has been a real workhorse. Many of the awards that we have received we can attribute back to this press and what it has allowed us to do," said Rosenthal.

In 2017, Paradigm won three "Best of Category" awards, six "Franklin" awards, and received first runner-up in the overall awards category in the Graphic Arts Association (GAA) 2017 Neographics – The Power of Print awards. The awards pull from more than 6,000 entries in the Pennsylvania, New Jersey and Delaware area.

The company produces a wide variety of printed products on the Ryobi 750G, such as catalogs and direct mail pieces. While some longer run direct mail jobs may not require the high-end capabilities of the Ryobi 750G, Rosenthal says that he still uses the press because the quality of the printed piece is still very important.

Also on display at the event was a Heidelberg Speedmaster, the company’s Xerox iGen4 digital press, and a variety of binding and finishing equipment — the company operates a full-service bindery including perfect binding.

"The 20 years of business has meant a lot to me and our employees," notes Rosenthal. "Our employees are very loyal and extremely hard working. I have never seen a better crew than our staff — and I have worked for seven other printing companies."

Moving forward, Rosenthal reveals several plans. "Our short-term goal is to grow the business by 50% within the next two years — some through our existing sales force and some through acquisitions. We are looking forward to continued growth and success in the years to come, and to be the premier printer in the Delaware Valley. 'We make it happen' is our motto."