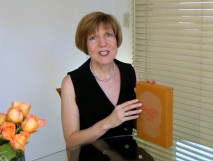 Though David Bowie may be best remembered for the ease with which he reinvented himself throughout his career, he did so by picking apart the culture around him and rearranging those pieces collage-like into stunning, never before seen words, sounds and images.

Ziggy Stardust himself gets a similar collage treatment in “Diamond Dolls,” the latest book by London artist Hormazd Narielwalla.

Its name an homage to Bowie’s 1974 album “Diamond Dogs,” this piece was designed by Kieran McGlone, printed by Boss Print (https://bossprint.com/) and co-published by Boss’ Concentric Editions and EMH Arts. It was conceived as a large art installation folded neatly down into a small, 9.5” x 6.5” package, and what a handsome package it is.

It features Winter & Co.’s light cotton Dubletta fabric duplex laminated onto 270 gsm (180 lb.) Colorplan Bitter Chocolate, with the title and artist’s name rendered in Red hot foil against a clear iridescent foil silhouette of the singer’s head. Turning it over we’re met with a button and tie closure, the former also cut from Colorplan Bitter Chocolate this time embossed with a leather texture.

Opening the package reveals the elegant Gold foiled Concentric Editions logo on a single sheet of paper, which also serves to protect the information sheet, hand-signed by the artist. (This last is on super-thick paper stock and features a beautiful Gold foil stamped pattern on the back.)

Beneath these are a pair of accordion-folded brochures about the artist and Bowie with different Japanese patterns on the back matching the Red of the foil on the cover. The patterns purposefully show through and are printed in reverse so that they match the different book cover patterns perfectly, lending the pieces a haunting, otherworldly effect.

Removing these we, at last, come to the main event. Or better said three main events, as the work comes in 3 volumes, labeled Act I, Act II and Act III.

Each rejoices in the same iridescent foil Bowie head that was glimpsed on the package, only this time it is set against a Red background featuring a different delicious, clear iridescent foil pattern background. The title and Act number on the front covers are rendered in a distressed-looking Gold foil. Finally, mounted on super-thick card stock, the edges of the covers are gilded with holographic Silver foil.

Opening each Act is a dramatic event since doing so reveals that each of them consists of 28 accordion folded pages that fold out into larger pieces. These stand like Japanese shoji screens, a nod to the singer’s fascination with Japanese aesthetics.

All 3 volumes include the same “Ziggy Stardust” face repeated 12 times, some highlighted with clear iridescent foil “hair” that reflects the light like stage lighting at a concert. Rendered on 12 different panels, each is suspended above a different, insanely elaborate costume.

Comprised of unique pattern combinations, the outfits seem to defy reality – appearing either too balloon-like or impossibly pinched – and also bring to mind the male actors who play female roles in Japan’s kabuki theater tradition, which themselves influenced Bowie’s approach to gender fluidity and sexuality.

The back of each of the panels mimics the shape of the outfit featured on the front, this time giving the impression that pieces of paper were collaged together and adhered to the book with artist’s tape.