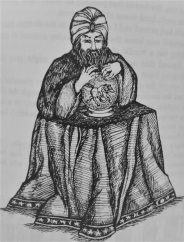 Profits in a Crystal Ball

It’s pretty tough being a simple man nowadays. There’s too much pressure. The psychologists keep pushing square pegs into square holes and round pegs into round holes. At the same time, the efficiency experts are eliminating the holes. By the time a man gets adjusted to his job, the job disappears.

When big business takes over, in baseball or in printing, the misfits have to go. There is no time to bother with pegs that are pentagonal, hexagonal, oval or just plain screwy.

There was a time when baseball had characters like Dizzy and Daffy Dean, Nick Altrock and Al Schacht. They used to have fun on the diamond. Zeke Bonura saluted line drives that whizzed out of reached. Rabbit Maranville, as a playing manager, used to bawl himself out for committing an error. Finally, he fired himself. Joe Medwich and Paul Waner were human beings in uniform. They were not robots. Men like Tris Speaker and Ty Cobb did not wear numbers or names on their uniforms. Yet everybody recognized them.

Baseball used to be a game played by individuals. Today it is a commercial enterprise, conducted by an organization of business men. They frown upon the old-fashioned enthusiasm exhibited by the last of the do-or-die heroes, Jimmie Piersall.

And now that they have organized into unions we may expect a few new regulations regarding the speed with which a baseball may be pitched to a brother member. It may be declared unfair for a left fielder to catch a fly ball in center field, out of his jurisdiction. And nobody will suffer the humiliation of being tagged on second by a brother member.

Baseball players have been wearing gray flannel suits for quite a while. But now they’re so involved in business matters that they may start carrying attaché cases as they run the bases. There’s always a chance of selling some insurance while stranded on third.

The coach on third will probably be a graduate on the Stanislavsky dramatic school.

“Smile as you slide,” he will shout in a Russian accent. “You’re on camera! And don’t rip your pants. The ladies are watching.”

Something similar has happened in the print shops. There was a Linotype operator who used to run around barefoot at the Chicago Tribune some 20 years ago. But social pressure became so great that this fine specimen from the Arkansas hills was forced to hide his individuality in tight-fitting shoes. When he hobbled to his machine, well shod but defeated, most of us felt sad. Something fine had been lost. A hero had surrendered.

An oddball eventually gravitates toward a small shop, where his idiosyncrasies are overlooked. A small shop is like a happy family. It learns to live with its crazy relatives.

Once we had a Linotype operator named Max. He wore size 14 shoes and a red pointed beard that extended 32 picas from the tip of his chin. He used to trim it himself, with scissors and a pica gauge.

After a few hours he’d get tired of sitting at the Linotype because his big knees kept getting stuck under the keyboard. Then he’d run the Ludlow.

He always worked nights so he’s have plenty of time for the track. He loved horses. With his elbows on the rail, he gazed upon horses with the benign expression of St. Francis of Assisi, who also loved animals.

Sometimes, when Max happened to be in a melancholy drinking mood, he would confess that he also used to love women, having misplaced a wife somewhere near Hialeah, another one near Santa Anita, and another one near Pimlico.

“Horses are better,” he would say. “They don’t demand alimony when they get tired of running.”

Max knew how to pick horses. He kept a chart tabulating their past performances. It involved complicated mathematics. Every now and then he’d be bending over the Ludlow cabinet as if he were concentrating on some copy. But he would be working on his mathematical chart.

Mr. Boss would blow his stack.

“Get that machine going!” he’d holler. “And keep your damn beard out of the gears.”

Max would smile tolerantly and say, for instance, “Put your money on Petunia in the fourth.”

Max’s hunch was usually good. We were all making money.

And then for some reason, while the horses were running at Hawthorne, Max lost his magic touch.

Sympathetically I patted him on the shoulder.

“You can’t solve a horse problem with algebra.” I told him.

“The beast has moods – just like a woman. There’s no reason for moods. They just happen.”

“There’s a reason for everything,” Max insisted. “But I haven’t time to find the reason. I’ve got to get a winner for the boss. He lost 10 bucks this week. He’s got me sweeping floors.”

It was then that we noticed a circular that was flapping off the Heidelberg. The headline was in 36-point Tempo Heavy Condensed. It said, “See Your Future in Madame Olivia’s Crystal Ball.”

Max pulled his beard reflectively. “I wonder if she can see a horse in that thing?”

Madame Olivia had a little store on Halsted Street. Green and yellow drapes gave the reception room a cozy atmosphere. She looked younger than I had expected. In her early 20s, she was long-legged and beautifully rounded. Her big brown eyes made me forget all about horses.

But she didn’t even seem to see me. She kept looking up at Max. Showing her palms, she asked slowly, “Is that all you want? A winner in the third race tomorrow?”

“Take my hand,” she said “and come with me behind the velvet curtain. That’s where I keep by crystal ball.”

Max came from behind the velvet curtain with a dreamy look in his eyes. Out on the street he mumbled, “Put your money on Annabel Lee in the third.”

“Because Jupiter and Mars are in a straight line or something. It’s all in the crystal ball.”

Mr. Boss went with us to the track. We all put money on the nose of Annabel Lee. Max bought five tickets at the 10-dollar window, I bought three at the five. Mr. Boss, as usual, bought one ticket at the 2-dollar window.

That night we celebrated at the shop, with Max buying the drinks. But he could not settle down to work. At midnight he took off, claiming a headache.

He didn’t show up the next morning, nor the next. Nobody could find him. We feared that possibly he could have gone east or west or south, back to one of his ex-wives.

A month had passed and I was feeling in the dumps, just like a discouraged race horse that keeps running around in circles for nothing but a bundle of hay.

So I figured that maybe Madame Olivia might give me a psychological boost with her crystal ball.

As I opened the door, a bell tinkled. My heart pounded as I expected the luscious Madame Olivia to step through the black velvet curtain. Instead, I was confronted by a giant in a huge purple turban. He looked like something out of Aladdin’s lamp. It was Max.