In 2005, brothers Paul and Shawn Nag, who both had backgrounds in the corporate world and digital printing, decided to take a leap of faith. They purchased a 28-year-old
commercial printing company that ran a few single-color offset presses. The brothers added Xerox copiers to dip their toes into the digital space but, for the most part, focused on the offset side of the business.

It was in 2007, when they invested in a four-color Presstek DI press, that everything began to change.

“That’s when we got into short-run offset printing,” says Paul Nag, who today serves as PrintPapa’s president. “There was a demand for it, and it wasn’t possible to do the longer sheet runs cost-effectively on the digital presses.” The DI press, at that time, provided the perfect balance for the business, allowing PrintPapa to begin to capture jobs that called for runs shorter than traditional offset could provide, but longer than their digital presses could produce.

The strategy paid off, with the shop investing in a second DI press alongside an HP Indigo digital press in 2011, as both the short-run offset and the digital printing sides of the business continued to grow. In 2018, PrintPapa replaced both of its older, original presses still in operation with an eight-up RMGT 940 sheetfed offset press, which in turn opened up even more possibilities in the growing short-run offset printing space.

PrintPapa was also an early adopter of the online printer model, giving them access to a customer base that reaches far beyond their local Silicon Valley community in Santa Clara, Calif., which in turn helped to fuel the explosive growth that followed. 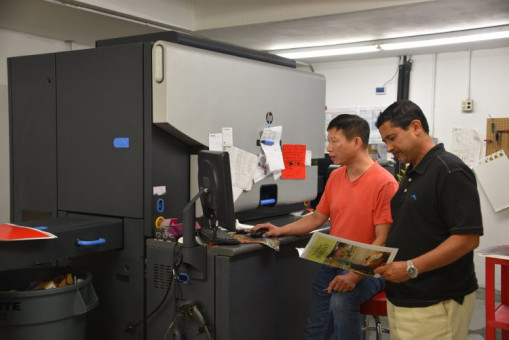 “We saw big potential with the ability to print on larger sheet sizes with the 940,” Nag says. “Being an online printer, we have seen increased demand for smaller orders, and there is a lot of potential for short-run gang printing as well. In addition to replacing the two older offset presses, we also pulled a lot of work off the Indigo and back into offset, where we can do runs as short as 500 sheets cost-effectively.”

PrintPapa wasn’t content to just improve the ability to do shorter runs, either offset or digital. Nag notes that another explosive growth area has been in the wide-format printing space. Wide-format printing has been such a successful addition to the mix, in fact, that today it is an entire department, rather than just an add-on service.

“We operate three 64˝ Roland printers that can print on all kinds of media, such as vinyl, banners, fabrics, backlit, etc.,” Nag says. “And we have an Océ flatbed printer [from Canon Solutions America] that can print on the rigid media — we produce a lot of signage work on that. Plus, we now have an automated Zünd flatbed cutter/router that can handle all of the wide-format finishing.”

With the combination of the wide-format and short-run offset capabilities, packaging is the next big space Nag has his eye on. “We’re starting to do some short-run packaging work,” he notes, “and we’re actively trying to grow that business.”

In particular, he sees huge opportunity in the folding carton space, where short-run offset is a perfect fit, allowing him to offer production runs to brands seeking versioned or boutique designs, as opposed to the shorter or one-off offerings that lend themselves more to the prototyping or personalized specialty packaging he can produce on his wide-format equipment. Having both capabilities in-house means he can offer a full suite of services to customers looking for a one-stop shop for their packaging needs, helping clients move seamlessly from design, to testing, to production, without the challenges of working with multiple vendors.

“We’ll really be focusing on that business for the next year or so,” notes Nag. “We have all of the needed print capability in place now, but the challenges will be on the diecutting on finishing side. I plan to invest in new machinery in that department during the next year for diecutting the larger sheet sizes, more robust folding/gluing ... things like that. We are already successful doing short runs of high-quality printed boxes; now it’s time to take that a step further into the longer runs.”

Strategy for Success: Do Everything Well

“You really can’t be a one-trick pony in this business anymore,” Nag contends. “If you do one thing well, your customers want you to do everything for them.”

It is that philosophy that drives the growth behind PrintPapa’s success, to the point where Nag notes that the shop continues to offer services that aren’t growth areas — and don’t have much demand anymore — but a small segment of its customer base still seeks. One such offering is the screen printing department, which, Nag says he was ready to shut down and sell the equipment at one point. 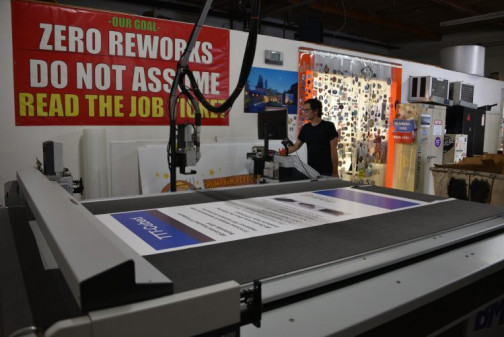 “The revenue was good, but it’s just not that scalable,” he points out. “And it’s manual work. So we were going to shut that down and just focus on the digital and offset technologies. But we had a few customers sound off, and say ‘absolutely not!’ They noted that if we got rid of screen printing, they would have to start splitting their work between us and another printer still offering that service, so screen printing became another must-have that we needed to keep.”

In fact, Nag notes that he even invested in higher-quality equipment at that point to ensure the screen printing side of the business was as up-to-date as the offset and digital sides of the operation. “We invest in the best of the best — across the board — so we are very well-equipped. Now, I can’t imagine not having any one of those technologies in our arsenal.”

Beyond the online consumer storefront, Nag notes that a big part of his success has also been a focus on the trade printing space, with up to 40% of PrintPapa’s business coming from that sector today. One reason Nag believes the shop has garnered a large and loyal customer base in that segment is that finding a good — much less great — online trade printer can be a challenge.

“The problem with most trade operations, especially the really big ones, is reliability,” Nag says. “Can you trust them with your bigger orders? What happens if you get a $10,000 job and you are at their mercy without any flexibility?”

He notes that one way PrintPapa differentiates itself is by treating trade work as if every customer is the top priority. The shop offers press checks, flexibility in turnaround times, and even design services where they check every file that comes in — no matter the source. And instead of just printing “garbage in, garbage out” if a bad file happens to make it through, PrintPapa will alert the print service provider (PSP) before printing the job, either giving them the opportunity to resubmit the file, or offering to fix it themselves.

“We fill a niche, especially for smaller operations that don’t necessarily have all the capabilities, but they do have the customers and the orders,” Nag says. “We possess all the equipment and expertise, and we will produce their work at a good price. Sure, the really large online trade printers might have slightly better pricing, but we make up for it in peace of mind and reliability, and we 100% stand behind our work. If something goes wrong, we will reprint it, no questions asked.”

Nag believes that’s the main reason for PrintPapa’s success. “We have brokers and PSPs who’ve been coming to us for more than 10 years now. They might go somewhere else to do small jobs like business cards for cheaper, but when it comes to the bigger jobs, the important ones, they always come back to PrintPapa.”

Total Control Due to In-House Production

Part of the guarantee he offers to customers is that if their work isn’t produced in-house, at his facility, he won’t sell it to them. Nag notes that at one point, early on, they tried going the trade route themselves, sending out work they didn’t yet have the equipment to produce, but he was unhappy with the experience. That is a big reason why PrintPapa decided to build its reputation around quality and service.

“My advice to anyone who wants to be successful,” Nag says, “is that it really all boils down to providing world-class service. A lot of our customers got frustrated with online printers where it was hard to talk to a real person. But we will go the extra mile, and bend over backward to talk to them and make sure we understand what they need. Unless it’s a physical impossibility, we won’t say no to anything they require. We offer advice, inspect the files, and make sure every job — whether it comes from a consumer, a broker, or a PSP — is done right.”

Nag notes that it has taken him 12 years, but that ultimately the investments that he and his brother have made in both their equipment and their people have paid off. PrintPapa is no longer the one- or two-color offset shop with a limited customer base they took over so many years ago. Today, it has the ability to tackle the challenges that come in, no matter what the run length might be, the technology needed, or the special finishing demanded to set the job apart.

“We are a small fish in a very large ocean,” Nag admits. “But once someone deals with us, they don’t go looking to work with anyone else. That’s the level of trust we have built our brand on, and that is the true key to our success.” 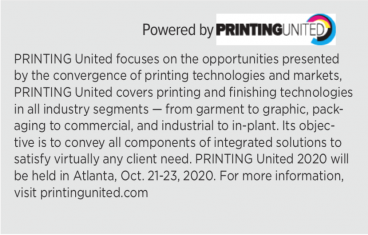