KENNESAW, Ga. - December 12, 2017 - Only three weeks after installation, Northern Ohio Printing (NOP) of Cleveland, is reaping the benefits of being the first U.S. installation of Prinect Production Manager from Heidelberg. 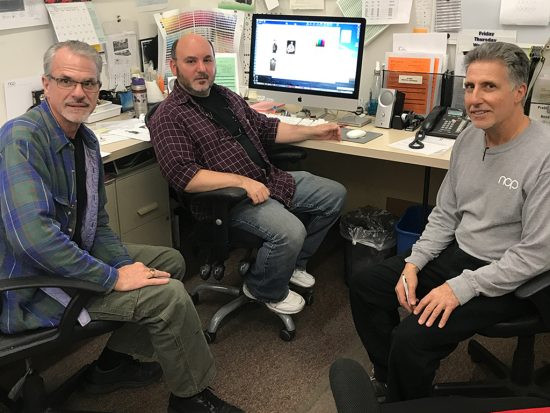 When it was time for an upgrade, NOP wanted to purchase a product that was both unique and would bring value to its shop and clients. The company was intrigued when it learned of a new solution offered from Heidelberg. Prinect Production Manager is an innovative way of delivering software that gives customers access to all Prinect production workflow products in a simple subscription model.

“The new offering from Heidelberg was a great opportunity to have access to a whole suite of software that we didn’t have to activate all at once,” said Gary Chmielewski, president of Northern Ohio Printing. “It allows us to use what we need currently, and instead of upgrading in the future, we can just add new modules when we need them. Production Manager gives us the flexibility and stability that we need.”

In order to meet the specific needs of NOP, Heidelberg’s Prinect team met with the company to determine the business’s requirements. Based on the consultation, the selected Prinect modules were then installed, hardware provided as necessary and training carried out.

“We’re only three weeks into using the Production Manager, and we’ve already seen significant changes in our workflow,” said Chmielewski. “Everything is smoother, and it’s allowing us to be more efficient and productive. Since installation, our makereadies have already decreased about 25% - justifying the cost of the Production Manager investment.”

With the installation of Prinect Production Manager, NOP no longer requires licensing costs as with most workflow software. NOP is only charged based on what is used per month. The costs include a base fee (with an included number of square meter TIFFs) and an additional charge based on the number of square meter TIFFs produced above the base level.

“Normally, we would have to purchase our components and software separately,” said Chmielewski. “With the Production Manager, we purchased everything we normally would at once and also have access to new modules that we wanted to try but were too expensive before.”

Since Production Manager includes technical support for all fixes and upgrades, NOP can always be certain that it has the latest version and newest Prinect suite introductions that are continually being developed. Without any additional costs, NOP is also able to add any number of seat portals.

“Currently we have five employees using Production Manager,” noted Chmielewski. “As this technology helps us grow and expand our business, we’ll definitely be adding more people.”

Northern Ohio is a complete Heidelberg shop with a Suprasetter A75 Gen III and Speedmaster SM 74-6 P+L. After being a Heidelberg shop for over 20 years, NOP has always been excited to try its new technologies to help benefit the company.

“We’ve had an excellent experience with Prinect so far,” concluded Chmielewski. “All of Heidelberg’s equipment works well together; we had no doubt that the Production Manager would as well. With an all Heidelberg shop and now Production Manager, it has allowed us to separate ourselves from competitive shops.”