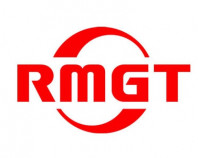 RMGT, manufacturer of the leading 8-up sheetfed offset press in North America, will feature the new RMGT 970 press running live at the next stop in the RMGT Commit to Print World Tour on October 6, 2022, in Los Angeles. The World Tour will be held in major cities across North America with the Tour culminating with live press demonstrations in Las Vegas during PRINTING United, on October 19-21, 2022. The final event will take place in Tokyo, Japan, World Headquarters of RMGT.

“We are thrilled to feature the new RMGT 970 press at the Print & Finishing Solutions demonstration facility in Orange County,” states Kian Hemmen, VP Sales, Print & Finishing Solutions, Southwest US Distributor for RMGT. “Commercial printers in the greater Los Angeles area will get a sneak peek at the new RMGT 970 press that will be running live at PRINTING United. The new RMGT 970 press also features the latest in offset press technology with instant LED-UV curing and greatly reduced makeready. Fun fact is that over 80% of RMGT 9 Series presses running in North America are manned with a single pressman.”

The 970 is the newest member of the RMGT 9 Series family of presses featuring a 25” x 38” size sheet, Automated Smart Assist Printing (ASAP), and LED-UV curing. The culmination of the Commit to Print Tour in the US will be the PRINTING United event in Las Vegas on October 19-21.

“RMGT’s commitment to live press demonstrations during large industry events continues in 2022 with the North American launch of our new 8-UP+ RMGT 970 offset press,” adds Hemmen. “Our ability to install an 8-up press for a three-day show is testimony to one of the additional benefits of the RMGT 9 Series press: the smallest footprint of an eight-page sheetfed offset press in the industry.”

Registration for free tickets to the plant tours and evening event, as well as details on the other cities featured on the RMGT Commit to Print World Tour can be found at https://bit.ly/CommitToPrint.