New Overtime Rules Blocked by Judge; How Printers Should Respond 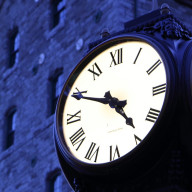 WARRENDALE, Pa. — November 28, 2016 — A federal district court in Texas made a ruling last week that will have wide implications for the printing industry and business employers in general. The court issued a temporary injunction that blocks the new Fair Labor Standards Act (FLSA) overtime rules, which had been set to go into effect starting Dec. 1, indicating that the U.S. Department of Labor's rule exceeds its authority.

The regulation sought to shrink the so-called "white collar exemption" that allows employers to skip overtime pay for salaried administrative or professional workers who make more than about $23,660 per year. Under the new rule, those workers would have been eligible for overtime pay as long as they made less than $47,476 a year, and the threshold would readjust every three years to reflect changes in average wages.

Nevada's Attorney General led a coalition that comprised 21 states, Republican governors and various pro-business groups in opposition to the new overtime rule, which they claim was an attempt by President Obama to beef up existing labor protection laws that now reportedly only apply to 7% of full-time salaried workers. Opponents argued that the new regulation would increase compliance costs for employers who would have to track hours more meticulously and would force companies to cut employees' base pay to compensate for overtime costs that kick in more frequently.

"This overtime rule is totally disconnected from reality," said Karen Kerrigan, president and CEO of the Small Business and Entrepreneurship Council. "The one-size-fits-all doubling of the salary threshold demonstrated ignorance regarding the vast differences in the cost-of-living across America."

Although the new overtime regulations were not a campaign issue during the recent presidential election, it is generally believed that President-elect Donald Trump is not in favor of the proposed new law, partly on the grounds of the federal government overstepping its regulatory role and the new law's potential impact on employment levels and hiring practices. In addition, with President Trump in the position to nominate vacancies on the Supreme Court during his term, it's unlikely the new overtime rules would be passed should the controversy ultimately reach the Supreme Court.

Printing Impressions reached out to Adriane Harrison, human relations specialist at the Printing Industries of America, to get more insight on what the court decision means for the printing industry, what's the likelihood that it will become law in the future and how employers in the graphic arts should proceed.

Printing Impressions: What do you think is the likelihood of this overtime rule being eliminated permanently?

PI: How much of an impact do you think having a Republican-controlled Congress will have on the future of these regulations?

PI: What hints, if any, has President-elect Donald Trump given about his views on the matter?

PI: What alternative bills are currently floating out there in Congress today and how will they impact printers?

Harrison: There are bills in both the House of Representatives and in the Senate. They share the concepts of including a phase-in period to gradually reach the threshold salary of approximately $36,000. These won’t get passed into law, but the next Congress might echo the provisions of these bills.

PI: What should a printer now do if they gave wage increases to an employee(s) already to meet the $47,476 threshold for exempt status?

Harrison: If the company has given wage increases to meet the threshold of $47,476 to maintain the exempt status, we suggest leaving those in place for several reasons. First, a slight chance exists that the overtime laws may be effective in the future. Second, it could impact morale and create an HR nightmare to roll back raises. If, however, the company decides to take back the increases, make sure that the employees know that all of these decisions were driven by government and court action, and that in an election year, the circumstances can change very quickly. Transparency about the process will help employees understand what is happening.

PI: What should a printer do if they changed a worker's duties to meet the requirements for exempt status that were scheduled to take effect Dec. 1?

Harrison: Companies may have changed an employee’s duties to meet the requirement for exempt status. In most cases in the printing industry, this probably means that a supervisor or customer service representative was given the ability to exercise discretion and use independent judgment on significant matters. If the duties were given to create exempt status (which means the person was also going to earn $47,476), consider leaving the duties in place because this employee will be exempt from overtime and the company will not have to incur overtime costs at the higher rate. If, however, duties are removed or reassigned to make the position non-exempt, consider dropping the salary back to the level it was before the adjustment. Otherwise, the employee will be eligible for overtime at the higher rate.

PI: With this new period of uncertainty, what's the best advice you would suggest for printing company management?

Harrison: There is a general consensus that the overtime rules need to be updated. The opposition to this new update was based on the dramatic 100% increase to the threshold salary. Also, the lack of a phase-in period was, for some companies, happening the same budget year as the announcement. This means that planning was next to impossible. Going forward, it is probable that the overtime rules will be updated, but with a more employer-friendly threshold salary and a phase-in period that will allow adequate planning.

PI: With 2016 soon coming to an end, what should employers be considering as part of the process of positioning/factoring in year-end reviews, job roles and responsibilities, and wage increases?

Harrison: Creating an exempt position is a two-fold process of assessing job duties and pay. Take a common-sense approach to planning by estimating overtime costs and comparing those costs to the cost of bumping up salaries to the overtime threshold. Remember that until a final decision is made, employers must be prepared to implement the law as it currently appears. While it is not likely that the regulations will survive, there should be at least a “Plan B” in place just in case they go into effect.

For “Plan A”, however, it is probably wise to budget for salary increases to exempt positions that are currently less than $36,000. Because of the chance that a new regulation with a lower threshold and a phased-in salary may be enacted, planning to bump exempt salaried positions to around $33,000 might be a good hedge against the potential that may happen in 2017. If a company wants to create an exempt position by adding job duties or increasing responsibility, be aware that increasing responsibilities is often linked to increasing wages. Be cautious of salary compression that might occur if raises are given, which would narrow the gap between supervisor and employee salaries.

Most importantly, be transparent with employees and help them to understand that the changes are being driven by forces outside of the company, and that the timing with a new Congress and new White House administration makes planning a challenge.