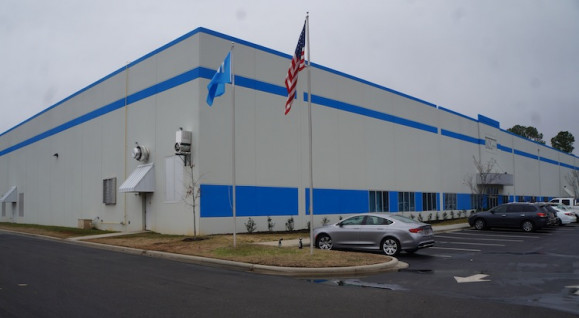 Production at the Charlotte, N.C., manufacturing facility of INX International Ink Co. is now under one roof with a recent 23,000-sq.-ft. addition.

SCHAUMBURG, Ill. — January 27, 2017 — Having completed a $4 million expansion at its Charlotte, N.C., facility last year, INX International Ink Co. recently concluded finishing touches connected to the project. Company officials indicate Charlotte set a new production record in 2016, and are hopeful 2017 will be another record-breaker now that the staff has acclimated to the new space.

The Charlotte plant produces 2-piece metal decorating inks for customers in North and South America, Asia, and to support the U.K. manufacturing facility in Europe. The 23,000 square-foot building addition brings the total amount to 65,000 square-feet, creating much needed warehouse and dock space in addition to more room for manufacturing engineering, maintenance and offices.

“We spent several months having our Charlotte team make a smooth transition. The expansion allowed us to free up additional space in the original building for current and future manufacturing projects to support our metal customers, and be in a position to support other product lines,” said Rick Clendenning, President and CEO of INX International Ink Co.

Hrdlick indicated ongoing adjustments were made through the years to continue achieving production levels. He said the expansion now allows everything to be done under one roof.

“We added equipment over the years and have been running 24/7 for some time with four crew shifts, so job growth has been significant. To compensate for the prior lack of space, we rented an off site warehouse since 2010. The expansion eliminates this need and cost, and having adequate space on site for safety stocks improves service to our customers,” said Hrdlick, who is optimistic 2017 will be another bell ringer in Charlotte.

“The additional dock space allows us to stage shipments in a more efficient and timely manner. Going forward, maintaining our equipment and working on new projects are critical. We now have adequate room dedicated to those activities.”