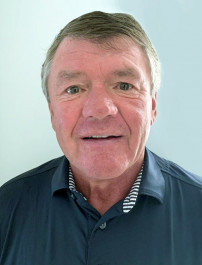 Nahan has announced that Jim Andersen joined its Board of Directors. In this role, Andersen will help Nahan chart its’ course for rapid growth. Andersen brings over 40 years of experience in the direct marketing industry, including leadership positions at Banta Corporation, and his most recent role as Chief Executive Officer at IWCO Direct, where he led the company to unprecedented growth for over 20 years.

“Jim is a legendary leader and visionary. His track record of success is unmatched in this industry, and he has an incredible passion for the business. We’re thrilled and grateful to welcome him to our board of directors,” said Nahan CEO, Mike Ertel.

For almost 60 years, Nahan has been known for providing the highest level of quality and innovation in the printing industry to some of the world’s largest and most recognizable brands. Earlier this year, it was announced that the company would expand its service offering to include marketing strategy, creative, data, and analytics.

“I’m excited to join Nahan at this crossroads in its’ history. We have a world-class production platform, a holistic, end-to-end marketing services solution, amazingly talented and experienced employees, and an entrepreneurial culture that fosters our ability to be nimble and innovative at a level most companies can’t match,” said Andersen. “And we have big plans for the future. I can’t wait to get started.”